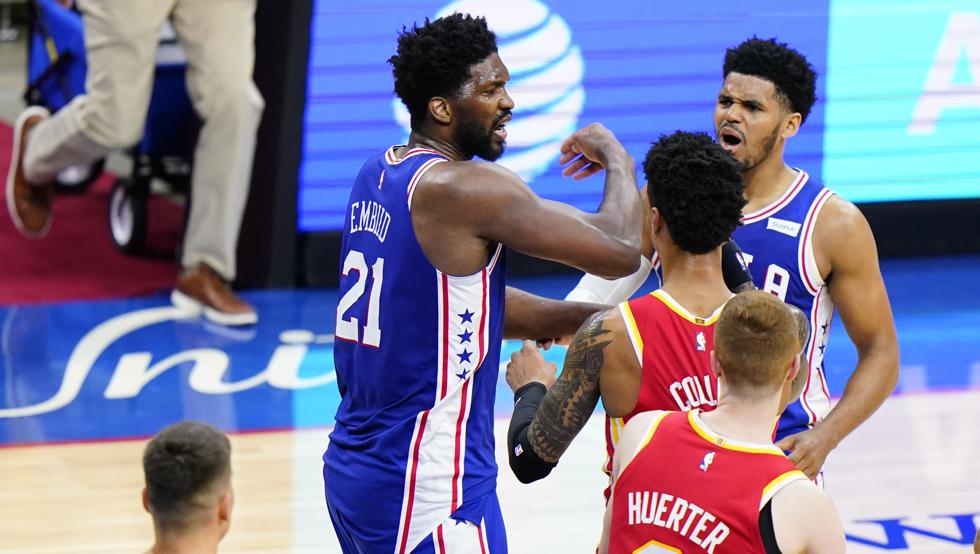 Joel Embiid has been a true force of nature this season with the Philadelphia 76ers, the best team in the Eastern Conference with 49 wins and 23 losses. The leadership of the Cameroonian center and his merits this season have earned him a second place in the MVP voting, an award that Nikola Jokic has finally won.

“It’s disappointing, because as a player I work very hard for moments like this.”, Embiid valued the final result of the voting for the NBA’s Most Valuable Player award. “It’s out of my control, and there’s nothing I can do. I have to go out every year prepared to do my job ”.

The inside of the Sixers made these statements after retaliating on the track with a game of 40 points and 13 rebounds that allowed his team to tie the tie in the Conference Semifinals against the Atlanta Hawks (1-1).

Beyond Jokic’s excellence, the main problem for the 76ers’ center MVP season has been injuries. Total missed 21 regular season games, where it averaged 28.5 points, 10.6 rebounds and 1.4 blocks per game with percentages of 51.3% in field goals and 37.7% of three.

The Serbian winner has not missed a match this year, and has been one of eleven players from across the league who has managed to be present in all 72 games of the season reduced by the pandemic. The inside of the Nuggets has averaged
26.4 points, 10.8 rebounds and 8.3 assist
s per game, and his team finished third in the West with a record of 47 wins and 25 losses.

In a nutshell, Jokic’s victory is by no means far-fetched, and Embiid’s second position is well deserved. If health had respected him, the first place in the voting would have probably been more competitive.

Despite acknowledging his disappointment, the Cameroonian explained with an air of contradiction that he’s not “worried about prizes and stuff”. His goal remains the same as always: “If I can lift the championship ring, everything else doesn’t matter.”