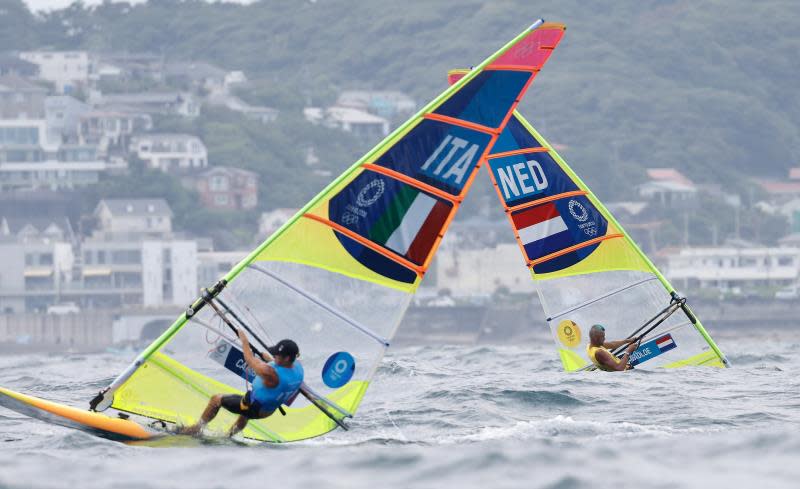 Tokyo, Jul 29 (EFE) .- The Dutch Kiram Badloe is the top favorite for gold in the RS: X class in Tokyo 2020, whose ‘Medal Race’ will be held on Saturday and he faces first in the general classification after playing the previous twelve rounds.

In women’s RS: X, meanwhile, the three medals are clear for Saturday’s day, as China’s Yunxiu, Britain’s Emma Wilson and French Charline Picon will compete for the podium positions.

In men, Badloe, 26, a debutant in some Games and who this year was class champion in the World Cup that was played in Spain in the Cadiz town of El Puerto de Santa María, has 33 points after being discarded.

This is how he reaches the Medal Race, in which the score is double and cannot be ruled out, with a medal but the gold is not certain, since the Frenchman Thomas Goyard (52) and the Italian Mattia Camboni (54) can snatch it from him.

In women, the first classified is Yunxiu Lu, with 30 points; the second Emma Wilson (34) and the third Charline Picon (36), while the participation in the Medal Race closed in tenth position the Brazilian Patricia Freitas (117).

In Laser Standard, with eight races contested and two remaining to complete the previous series, the first classified is the Australian Matt Wearn, with 29 points after being discarded.

He is followed by the Cypriot Pavlos Kontides (44) and the Norwegian Hermann Tomasgaard (49), while the Brazilian Robert Scheidt (53) is fourth after making an 8 and a 12 this Thursday.

In Nacra 17, after the first two days of their competition and after playing six rounds of the previous twelve, Italians Ruggero Tita and Caterina Banti dominate, with 8 points after being discarded.

They are followed in the classification by the British John Gimson and Anna Burnet (11) and the Germans Paul Kohlhoff and Alica Stuhlemmer (19). Behind them is the Argentine mixed boat, with Santiago Lange and Cecilia Carranza, the current Olympic champions, who this Thursday made a 4 and a 6 and add 23 points.

The 49er, who had this as a day of rest after the first two days of competition, took advantage of it to compete in the two regattas of the three that remained pending at the start of the tournament.

The British Dylan Fletcher and Stuart Bithell are first, tied at 18 points with the Spanish Diego Botín and Iago López-Marra.

After these two boats are the Danes Jonas Warrer and Jakob Precht Jensen, with 20.

In Radial Laser, the general is led by the Danish Anne-Marie Rindom, with 25 points after discarding, followed by the Finnish Tuula Tenkanen (46) and the Swedish Josefin Olsson (47).

In Finn, the British Giles Scott leads the tournament, with thirteen points, one less than the Spanish Joan Cardona after six rounds and with four remaining in the previous series.

The third is the Hungarian Zsombor Berecz (21), fourth the Dutchman Nicholas Heiner (23) and fifth the Argentine Facundo Olezza with the same points.

In 470 men, the second day of competition was completed and two heats were played, thus completing the first four of the ten planned.

The first classified, Australians Mathew Belcher and Will Ryan, accumulate four points. Second are the British Luke Patience and Chris Grube (9) and third the Swedes Anton Dahlberg and Fredrik Bergstrom (14).