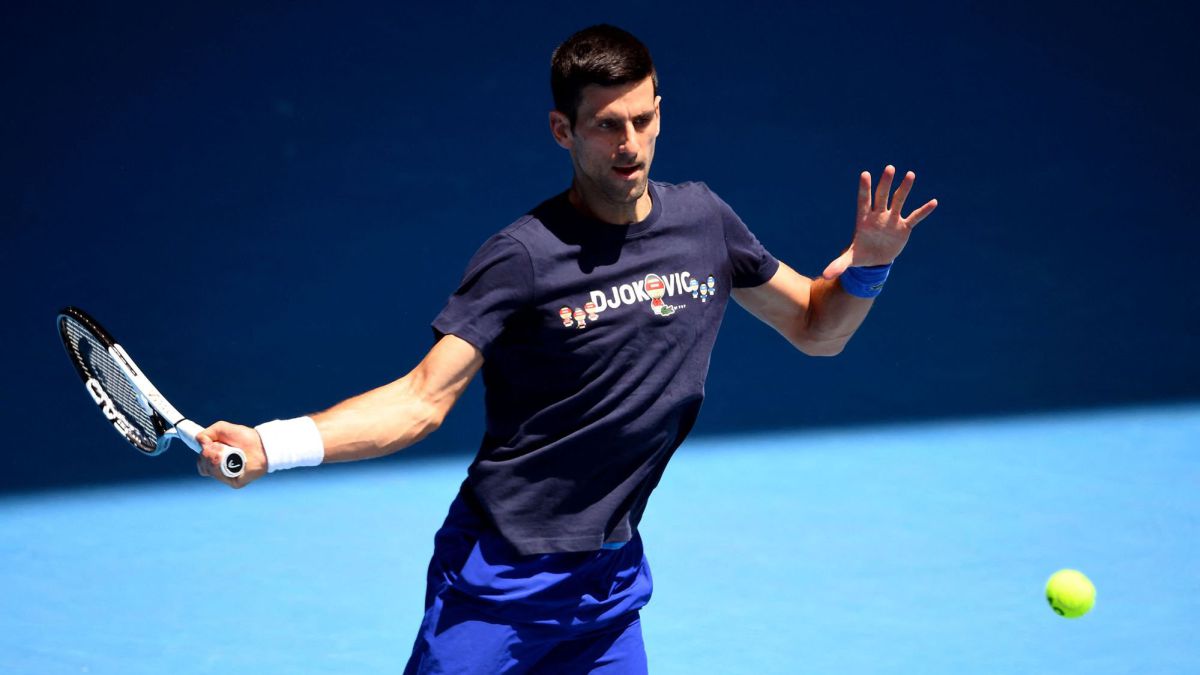 Novak Djokovic confirmed to the BBC that he will not be vaccinated against COVID, even if that means giving up playing tournaments like Roland Garros or Wimbledon. The British network offered the juiciest excerpts of the Serb’s first interview after being deported from Australia on January 16 early Tuesday morning.

In the complete installment, the number one, who said he was not anti-vaccine, delved into what the training days were like at Melbourne Park after being released by a judge from the hotel where he remained detained for four days and until the immigration minister, Alex Hawke, canceled his visa again.

“It wasn’t the normal training days that I would normally have before competing in a Grand Slam. I had helicopters flying over every session at Rod Laver Arena, cameras everywhere. Plus, I felt that energy and those looks from my colleagues and from other people who were in the tennis facilities… that really hurt me a lot,” he said.

“And obviously, I understand that they had a perception that was based on what they were seeing in the media. At that moment, I really wanted to talk to everyone and give my explanation,” the Serb said in the interview.

HIS WIFE, AGAINST NADAL

Djokovic also confirmed that he saw the final in Australia, in which Rafa Nadal surpassed him in the number of Grand Slams, along with his family… And that his wife wanted the Spanish to fall. “My wife was cheering for Medvedev, my son was cheering for Nadal and every point Rafa made, Stefan jumped.. It was difficult for me to watch the match. I was very neutral, I didn’t encourage anyone because I really wanted to be there. But I had fun,” she said.

He also explained that his son Stefan is a big fan of Nadal. “When is the next tournament you are going to play with him?’.