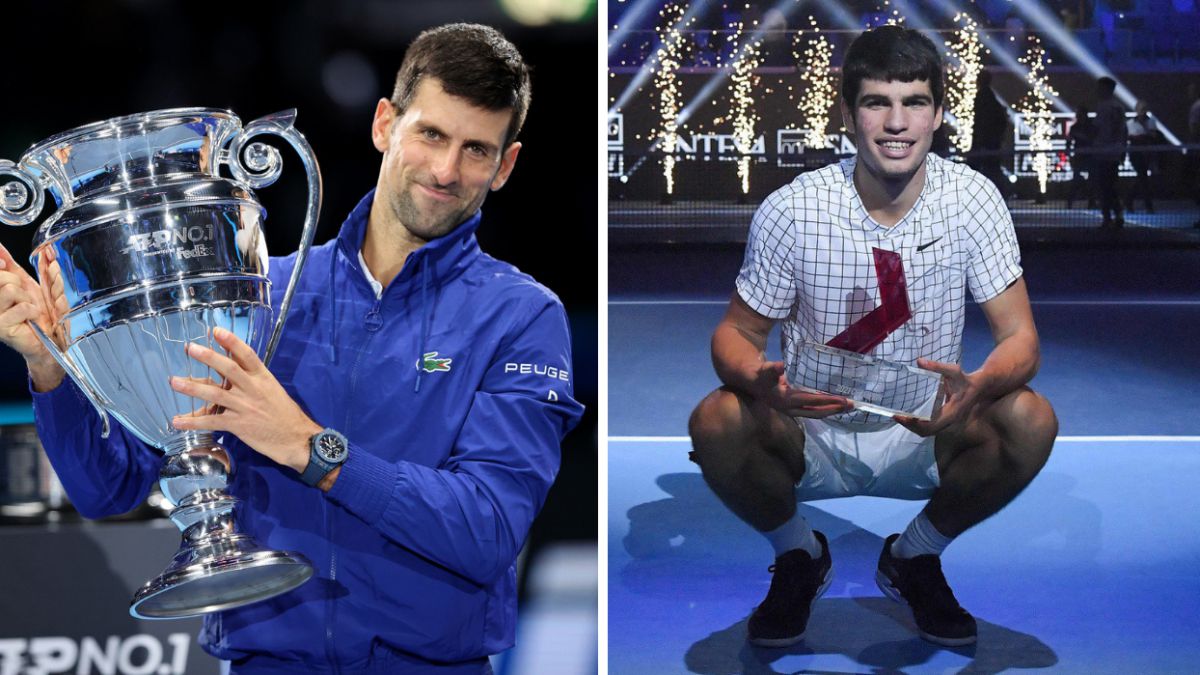 Novak Djokovic had no problem talking about Carlos Alcaraz when this Monday Ángel García Muñiz, a journalist from COPE, asked him his opinion about the 18-year-old from Murcia, recent champion of the NextGen ATP Finals, in the press conference he gave, via Zoom, after beating Casper Ruud in his first match of the 2021 ATP Finals. “What he has achieved this year is impressive and historic. He is one of the youngest players to have achieved this kind of success, like his idol Rafa (Nadal), in which he obviously notices, “the Serbian started to say.

“He is very young and is already a practically a top-30, winning the NextGen, in which he beat Korda and other good players, showing great maturity for an 18-year-old tennis player. The way he plays is very impressive, his behavior off the court as well, with a very pleasant personality, he gets along well with people and is very friendly “he continued.

He also spoke about the influence that “a legend of our sport like Juan Carlos Ferrero, his coach,” has on him. “He was also a very intelligent person on and off the court, someone who was in the shoes of a world number not and a Grand Slam winner and understands very well what it means for a young player to reach the highest level in tennis. Everything is working perfectly so far and I wish him the best because he is very good for Spanish tennis and for tennis in general, “he concluded.