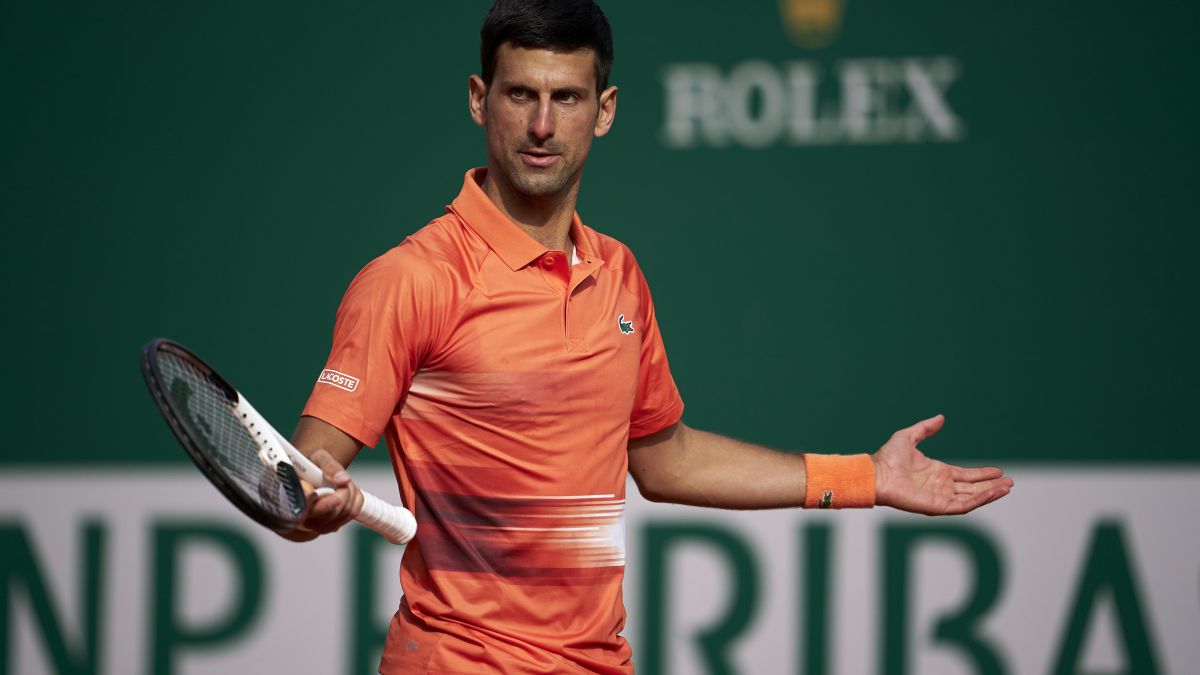 After the first quarter of 2022, it is strange to see a tennis player of the stature of Novak Djokovic with a record so far this year of two wins and two losses. Since tomorrow, in his debut against Laslo Djere (2:30 p.m.) at the Serbian Open, Novak hopes to improve these results. And it is that this season is not being easy for the Serbian tennis player, who in January was expelled from Australia and could not play the first Grand Slam of the year.

Since then, and also because of his refusal to get vaccinated, Djokovic has been forced to miss big dates, as the Masters 1,000 double in the United States. In those tournaments in which he has been able to compete, things have not improved much for the Serbian, who even He came to give up the world number one for a brief period. In February, at the ATP 500 in Dubai, he had his only two wins of the season, although he was eliminated in the quarterfinals by Vesely.

Much more notorious was his defeat a week ago in his debut at the Monte Carlo Masters 1,000, the first major event in which Djokovic could participate without being vaccinated. The Spanish Alejandro Davidovich surprised in three sets a Serbian out of rhythm, who had not competed for almost two months. Now, with the aim of continuing to play on clay to reach Roland Garros in optimal conditions, Djokovic returns home to meet again. “I feel pretty good, I’m happy to be able to play a tournament in my city and in my country. I want to play more matches, it’s what I need, more rhythm of competition to get closer to the level of tennis I aspire to.”Novak said at the presentation of the event.

The ATP 250 in Belgrade presents Djokovic with the opportunity to lift the first title of the year and thus somehow forget the bad start to the year. The Serbian Open is a tournament that the world number one has already won three times, the last one last year (two editions of it were held in 2021). His first rival will be his compatriot Laslo Djere (Wednesday, April 20, 2:30 p.m.), number 50 in the world, who has beaten Medjedovic today in the first round. This will be the first opportunity for Djokovic to recover that rhythm of competition that he himself has admitted he still does not have. “I use every spare moment I have to prepare physically. This is especially important for clay courts. I was not prepared in Monte Carlo, I am aware of it, I still miss the pace of the game. There is a big difference between playing points in training and playing competitive matches. I hope to be able to play more games here than in Monaco”, sentenced the Serbian.