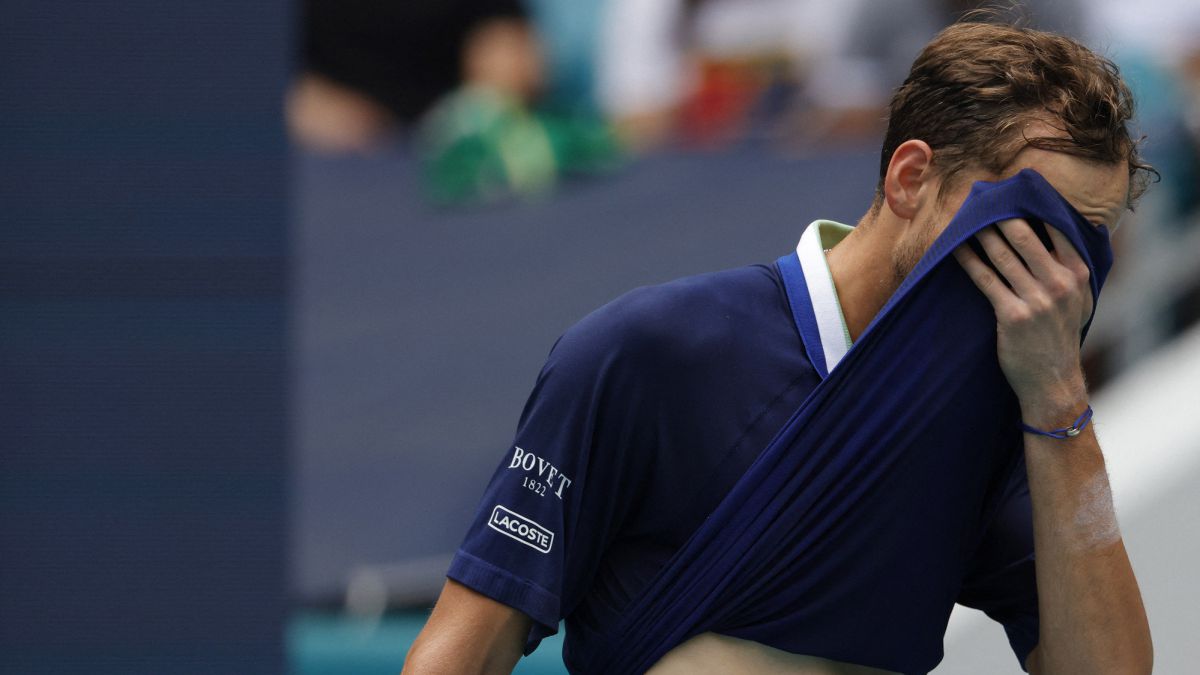 Daniil Medvedev lost this Thursday in Miami the opportunity to recover the number one in the world that Novak Djokovic rescued two weeks ago without playing. The Russian, who suffered from the weather conditions of the tournament, especially in the second set, lost 7-6 (7) and 6-3 against the defending champion, Hubert Hurkacz, and will continue in second place in the ranking, with complicated options to climb back to the throne in the gravel campaign, a surface that he is not good at and in which the Serbian will compete. Although he will stay only 10 points.

The 25-year-old Pole and 10th extends the idyll he has had with the American Masters 1,000 since he beat Italian Sinner in the final last year. He returns to the semifinals, which will be played on Friday, and awaits a rival: Carlos Alcaraz or Miomir Kecmanovic. Medvedev concedes his third loss in a quarterfinal match in the category, after the two inflicted on him by Roberto Bautista in Cincinnati 2020 and Miami 2021.

Medvedev started somewhat apathetic and failed. With so much neglect in the tournament, his attitude set off alarm bells. Hurkacz, serious and stable, served very well and placed a 3-0 on the scoreboard that predicted an easy first set for him. It wasn’t because he let break balls slip away in two games and then lost serve from him when he served for 5-3 to take the lead in the match. The merit of the tennis player from Wrocław was not falling apart due to his rival’s comeback and holding his own until the tiebreaker. They had played four so far and were 2-2 on that lot. With a bit of luck, his usual calm and the occasional cannon shot, Hubert won the day.

The ‘bird’ of the Muscovite

The rush he got from being able to hold out came in handy for Hurkacz, who took the lead again with a break for 3-2 in a long game of more than 11 minutes that ended bravely, at the net. He easily consolidated it against a Medvedev who showed symptoms of fatigue and discomfort on a hot (27 degrees) and humid (70%) day. “Can the physio come? I’m dizzy,” he told the chair umpire, but what he needed was a doctor. He came out and gave the Muscovite a pill. It wasn’t miraculous because there was no time for it to take effect. The champion again broke the service of a cramped Daniil and equalized heads-up (2-2 now) no need for a third set. In their previous three matches, they had exhausted them all. Hurkacz is in for a treat, because he will also play this Thursday the doubles semifinals with Isner as a partner against Kokkinakis and Kyrgios.