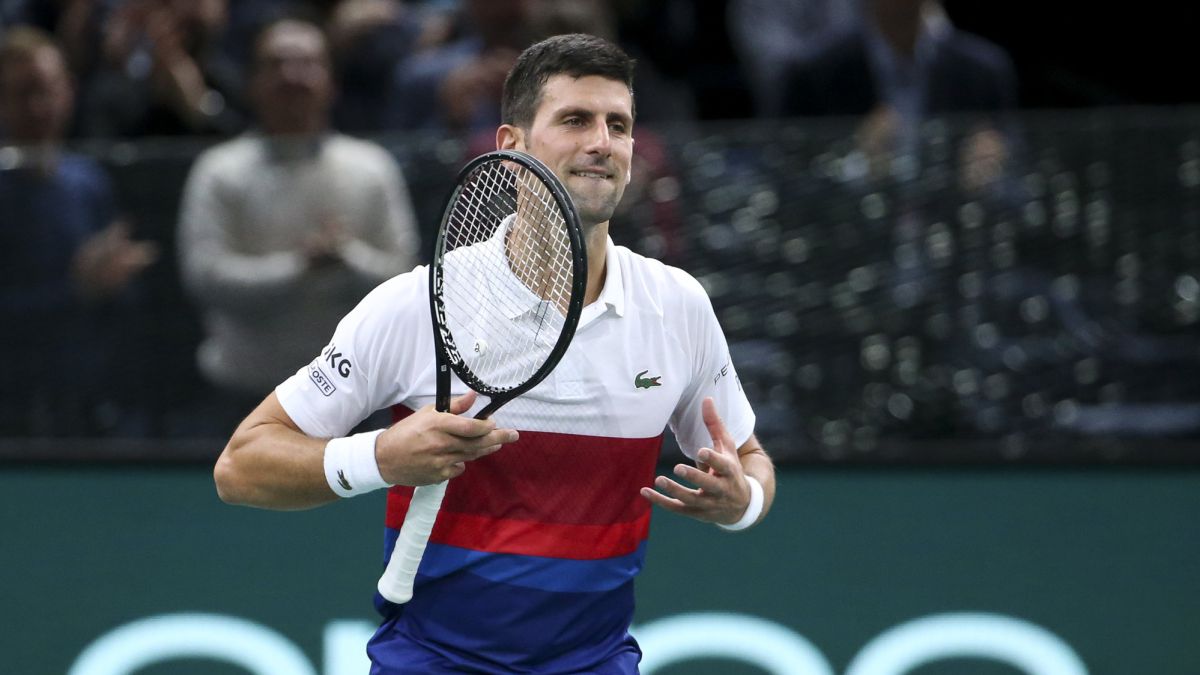 Novak Djokovic, without excessive brilliance but with a lot of skill, knocked down American Taylor Fritz 6-4, 6-3 in 1h: 13 to reach the Paris Masters 1,000 semifinals. One more step towards the goal of fastening at the AccorHotel Arena the number one at the end of the year without waiting for the ATP Finals. It would be the seventh time and he would tie the tie like that with Pete Sampras. Winning a sixth title, he would do it, whatever number two Daniil Medvedev did.

Djokovic, who did not play the quarterfinals due to an injury to Gael Monfils, did not have a great day at service. In the first set, he twice took the lead and twice neutralized the world’s 23rd, 24-year-old, the lead. In the second set, the Serbian started with a break against but stepped on the accelerator to take off definitively before a tennis player who came with good inertia (finalist in Saint Petersburg).

Lessons in winning in style from @DjokerNole 😍

He defeats Taylor Fritz in two sets 6-4 6-3 to reach his 7th semi-finals in Paris.#RolexParisMasters pic.twitter.com/XMAl935OxX

This Saturday, Djokovic will face Hubert Hurkacz, who defeated Australian James Duckworth 6-2, 6-7 (4) and 7-5 and got the Last place for the ATP Finals in Turin (November 14-21) in which he will accompany Djokovic, Medvedev, Tsitsipas, Zverev, Rublev, Berrettini and Ruud. The 24-year-old Pole has won three tournaments this year, including the Miami Masters 1,000 and will be a danger for the Serb.