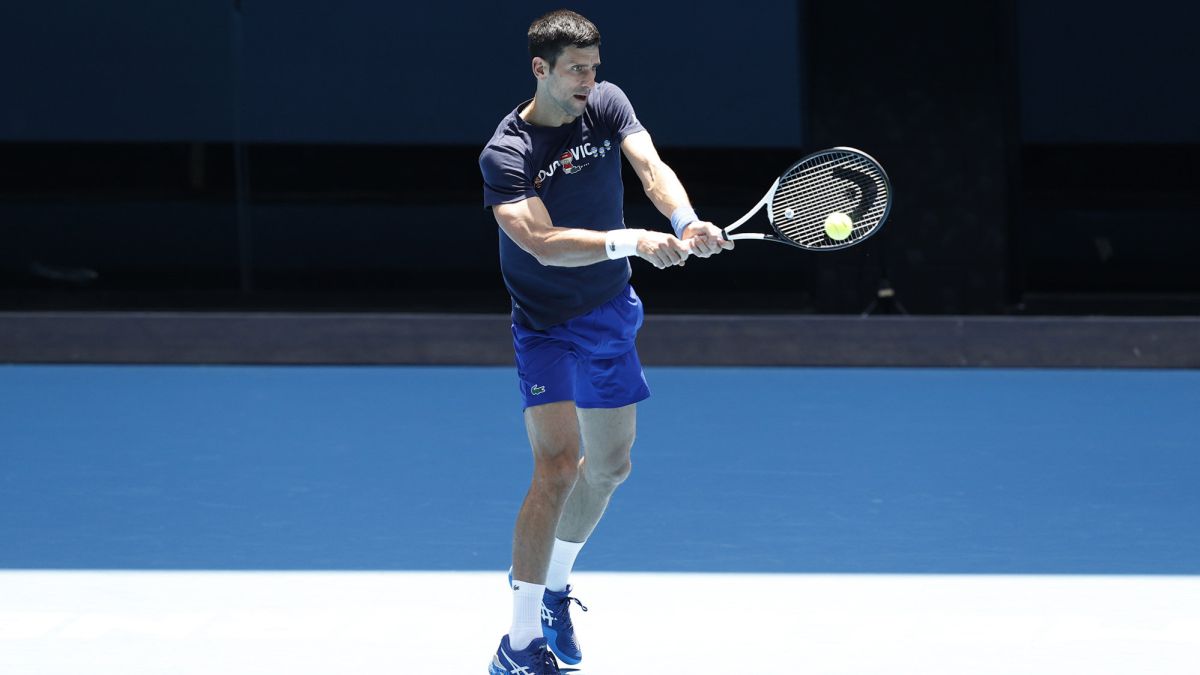 At around 1:30 p.m. this Wednesday, Australian time, Novak Djokovic, who carried out his third training session at Melbourne Park, posted a statement on his social media to try to explain why he attended various events in Belgrade after testing positive for COVID 19 on December 16, although as his mother, Dijana, assured hours before in a morning program of an Australian television channel, the number one in the world affirms that he did not know. In fact, says that these acts were prior to the result of the positive PCR test. He apologizes, yes, for having done an interview, still taking precautions, with L’Equipe knowing already that he was infected. What he considers an “error of judgment”.

Novak Djokovic’s mum Dijana claims the tennis champion wasn’t aware he was infected with COVID-19 when he was photographed out and about last month. pic.twitter.com/qi3SpiOlqn

The Serbian also argues that errors in his visa, such as checking the ‘no’ box in the question about whether he had made a trip to another country in the 14 days prior to his arrival in Australia (He was in Marbella) it had been committed by a member of his team, specifically one of his agents. “A human error,” he calls it.

Furthermore, Djokovic announces that his lawyers have submitted new documentation concerning these explanations to the Australian Government, so the decision on his deportation or his stay in Melbourne is unlikely to be made in the next few hours, but rather on Thursday. Immigration Minister Alex Hawke wants to be very safe, due to “the serious implications of border protection policies”, and he needs time to prepare a strong case that will allow him to expel the nine-time Grand Slam winner from the country aussie.

I want to address the ongoing misinformation about my activities and event attendance in December in the run-up to my positive PCR test result.

This is misinformation that needs to be corrected, particularly in order to alleviate the wider community concern about my presence in Australia, and to address issues that are very painful and worrying for my family.

I want to emphasize that I have tried very hard to ensure everyone’s safety and my compliance with the testing obligations.

I attended a basketball game in Belgrade on December 14, after which several people were reported to have tested positive for COVID 19. Despite not having COVID symptoms, I had a rapid antigen test on December 16, which came back negative, and in an abundance of caution, an official and approved PCR test was also performed on the same day.

The next day I attended a tennis event in Belgrade to give awards to the children and had a rapid antigen test before going to the event, and it came back negative.

I was asymptomatic and felt fine, and had not received notification of a positive PCR test result until after the event.

The next day, On December 18, I was at my tennis center in Belgrade to fulfill a long-time commitment for an interview and photo shoot for ‘L’Equipe’. I canceled all other events except that interview with ‘L’Equipe’.

I felt compelled to go ahead and do the ‘L’Equipe’ interview because I didn’t want to disappoint the journalist, but I made sure to maintain social distance and wear a mask, except when my picture was being taken.

While I went home after the interview to isolate myself for the required period, on second thought, This was an error in judgment and I accept that I should have rescheduled this commitment.

Regarding my travel statement, my support team sent it on my behalf, as I told the immigration officials upon my arrival, and my agent sincerely apologizes for the clerical error in checking the wrong box about my previous trip prior to coming to Australia. This was human error and certainly not deliberate. We are living in difficult times in a global pandemic, and sometimes these mistakes can happen. Today my team has provided additional information to the Australian Government to clarify this matter.

While I felt I needed to address and clarify misinformation, I will not comment further out of respect for the Australian Government and its authorities and the current process.

It is always an honor and a privilege to play at the Australian Open. The Australian Open is beloved by players, fans and the community, not just in Victoria and Australia, but all over the world, and I just want the chance to compete against the best players in the world and perform in front of one of the best crowds in the world.