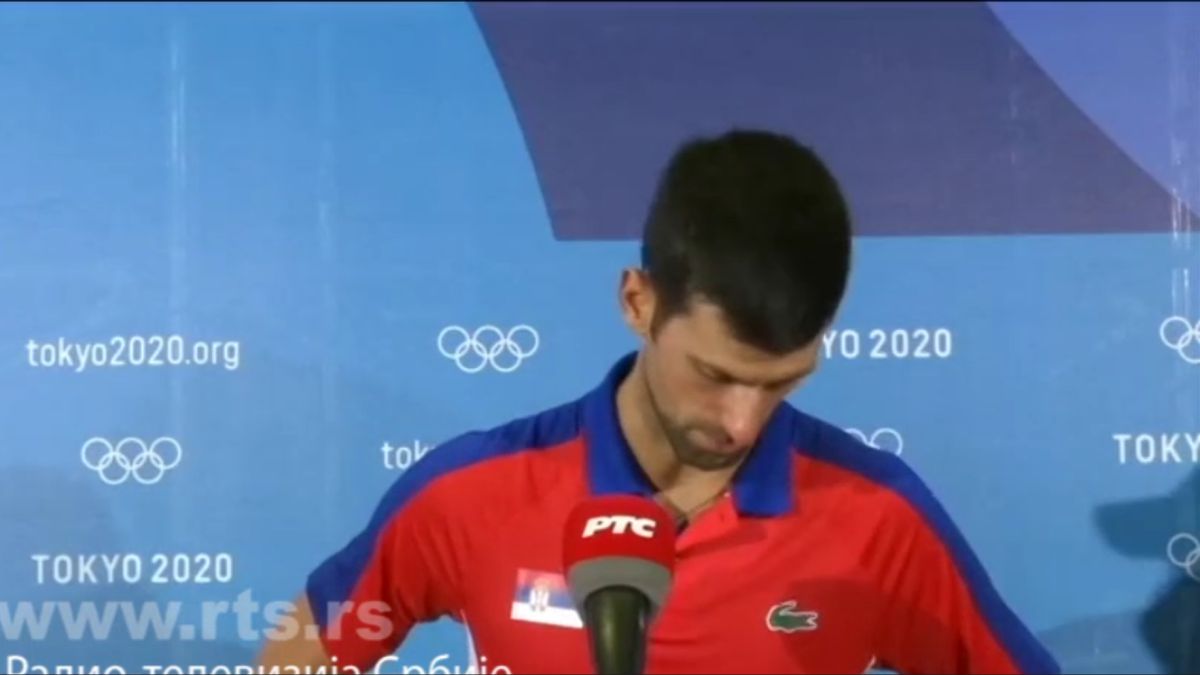 Novak Djokovic, who conceded with a smile and a hug his defeat against Alexander Zverev in the semifinals of the individual Olympic tournament, was not in the mood to attend the Serbian media after also losing the chance to play the mixed doubles final in the match he played with Nina Stojanovic against the Russians Karatsev and Vesnina.

World’s number one, who this Saturday will fight from 08:00 to win at least two bronze medals (against Carreño and against Australians Barty and Pierce, collapsed before the media in his country. “I don’t know, I have no idea. Honestly, now I’m, uh … I don’t know what to say.”Novak replied to a question from RTS. On the verge of tears, he later left the press conference prematurely.

Earlier he had explained to the Serbian journalists displaced to the capital of Japan, what happened to Zverev: “I don’t know what to tell you. My game fell apart, he contributed to it. He served great, he didn’t make any mistakes. On the other hand, I stood up. I let him attack. I did not score points with the first serve, “said the Serbian ace

“I didn’t come to the Games fresh, that’s the first thing, and then everything that happened to me these days left me exhausted. I came extremely emotionally exhausted, but motivated, wanting to bring a medal to my country “, concluded Djokovic.