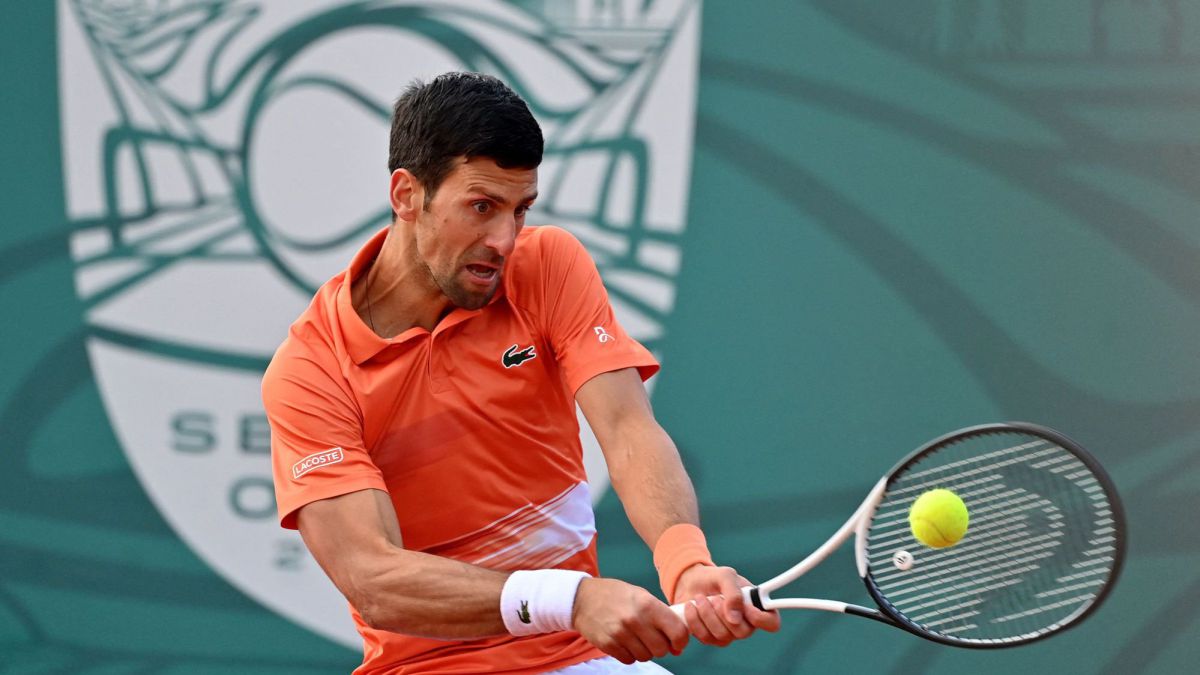 Novak Djokovic did not have a placid premiere at home. The number one in the world, who played his fifth game this Wednesday in 2022, He passed the second round of the ATP 250 in Belgrade after beating his compatriot Laslo Djere in three sets (2-6, 7-6 and 7-6)with comeback included and in 3 hours and 24 minutes of confrontation. ‘Nole’ continues to show signs of being far from his best level, although the final victory is a balm for the Serbian: it is the third game he has won so far this year, the first since February 23.

In the first round, Djokovic remembered the tennis player who was seen just a week ago in Monte Carlo, when Davidovich eliminated him at the first change. World’s number one, lack of rhythm in this season, He was very slow with his legs and did not find good contact with the ball. Djere, number 50 in the ATP ranking, took advantage of it to make blood, and scored the first round with a resounding 6-2. In this first set, Djere enjoyed up to six break balls against a very weak Djokovic on serve.

These sensations did not improve too much in the first section of the second set, and it is that Djokovic gave up his fourth serve and the shadow of a new defeat was getting bigger. However, he knew how to react without excessive brilliance, and that is that he wasted three set points on his rival’s last serve. Already in the tie-break, he needed another three set points to take the match to the third and final set. In this round, which began with an exchange of service breaks, equality was the common denominator. And, again, a tie-break decided. Despite the fact that Djere managed to place himself with 3-4 and two aces, ‘Nole’ won the next four points to close the game and avoid a new black episode in 2022.

With today’s, Djokovic’s record this season becomes three wins and two losses, far from what the Serbian is used to. In the quarterfinals of this Serbian Open, in which Djokovic has stated that he is looking to pick up the rhythm of the game for Roland Garros, another compatriot awaits. Miomir Kecmanovic, seeded seventh in the tournament, will be the next opponent for a ‘Nole’ that still shows signs of weakness. The number one in the world has work ahead of him.