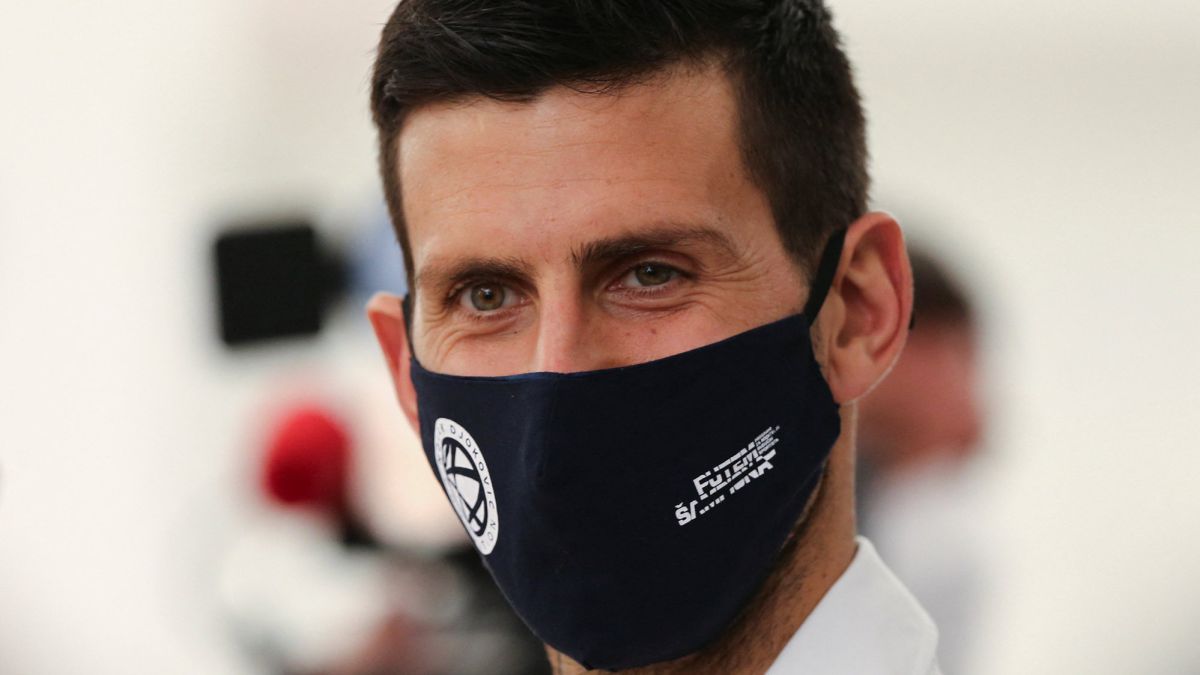 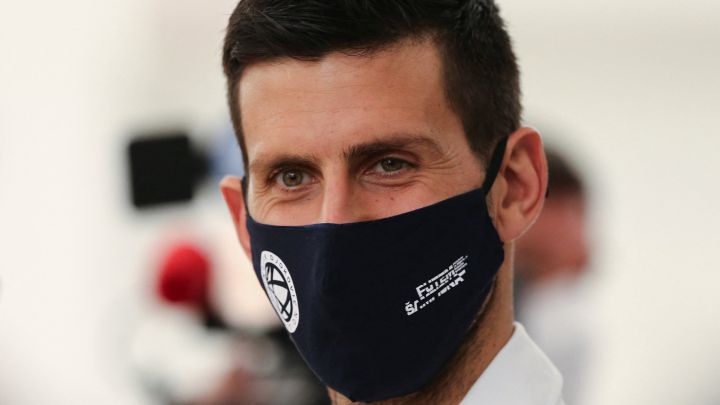 Serbian tennis player Novak Djokovic gave an interview on Thursday to the Serbian public television channel RTS after breaking his silence last Tuesday on the BBC about the drama he experienced in Australia, where he was finally unable to play in the Australian Open after being deported from the country. Djokovic, who is already in Dubai to compete there next week and who took the opportunity to attend an act of his foundation in the Serbian pavilion at the Dubai Universal Expo, reviewed how the experience he lived in Australia was.

Djokovic also revealed that Medvedev wrote to him after losing the final with Nadal and the great relationship he has with the Russian despite frustrating his dream of Grand Slam 21 at the last US Open Medvedev’s message after the Australian Open final. “Medvedev is a great guy who I have always had a good relationship with. I helped him a lot when he was a junior and we trained a lot then. Once we flew to the Davis Cup and I offered him to come with me, and he still appreciates him even though we are great rivals. . He wrote to me 45 minutes after the final in Australia against Nadal, and that surprised me. I congratulated him on a great battle. I saw myself in Medvedev because I am like that too.”

Djokovic also wanted to highlight the great support of Serbs in Australia during his time in detention in the country before his deportation. “I felt the prayers and a lot of support. Unfortunately The window of my room did not face the main entrance of the hotel where our people were, but I listened to them and every day there were more of them. They gave me support, love and a lot of strength. I remain very grateful for the support that came from Serbia and Serbs living in Australia, One of the main reasons I want to go back to Australia is to personally thank you for asking for my release.”

Regarding his controversial positive for coronavirus last December, Djokovic emphasized the interview that L’Équipe did with him at the time. “The interview I gave to L’Équipe was a mistake. I greatly respect the journalist from L’Équipe who interviewed me and that’s why I decided to go. We postponed that interview for a while. I knew that he was positive the day he came to Belgrade, I thought what I should do and finally I went to the interview. I had the mask on all the time and respected the distance. I thought selfishly! I have no problem saying I was wrong. I respect everyone and I know that we are different and that there is no man without sin. I don’t expect everyone to forgive me!”

Djokovic, who boasts 20 Grand Slam titles and having won all the Masters 1,000, knows what his great desire is and the title he lacks to complete his extensive track record. “An Olympic medal, and more so if it’s gold, is my great wish, I don’t hide it. Unfortunately I couldn’t achieve it for Serbia in the last Olympic Games. I will work to be as prepared as possible and give my best at the Paris Games. I want to compete in the Paris Olympics and represent Serbia.”

The Serbian tennis player also did not shy away from talking about the tournaments that have restricted his entry for not being vaccinated, although he says that he does not rule anything out. “I would like to play many tournaments, but at the moment I am in a situation that does not depend on me. It only depends on the rules of the countries that hold the tournaments. Right now I know that I can play in Dubai and that is my next challenge. Trained hard and of course I am looking forward to competing in the Grand Slams and the big ATP tournaments. The rules are constantly changing, I am open-minded and do not exclude anything. I try to understand the situation of the pandemic and the fight against the virus like any citizen and also as a professional athlete. I triple check everything that goes into my body and how it affects me. In tennis, every change can produce positive or negative results and that is why I am careful and give myself time before making a decision. I will continue competing in the countries that allow me. I am ready and eager to continue my career with the support of those around me.”

Among those assumptions, Djokovic leaves the door open to vaccination, although he admits that he has now decided not to get vaccinated for the time being. I keep my mind open and I am not exclusive. Everything in life is possible. We will see how the situation evolves. Now I have decided not to get vaccinated and I am willing to accept the consequences. It is a decision that I have made consciously and I came to the conclusion that it was the best for me.”

Djokovic also confessed his desire to return to Australia despite the nightmare he has lived there this year: “I will only remember Melbourne for the beautiful things. I have lived great moments there. I have nothing against the people of Australia. The situation was unexpected and it’s hard for me to forget what happened, but I do want to go back to Australia in the future.”

The Serb also revealed what led him to take the PCR test in which he tested positive and how he spent this period infected: “I found out that a Barcelona basketball player tested positive (He went to see the Euroleague Red Star-Barça in Belgrade and was photographed with the players) and the next day I did the PCR. I discovered the positive result after having been with the children that morning, despite the fact that the antigen test I did before going with them was negative and that’s why I went to see them. I was asymptomatic the entire time.”