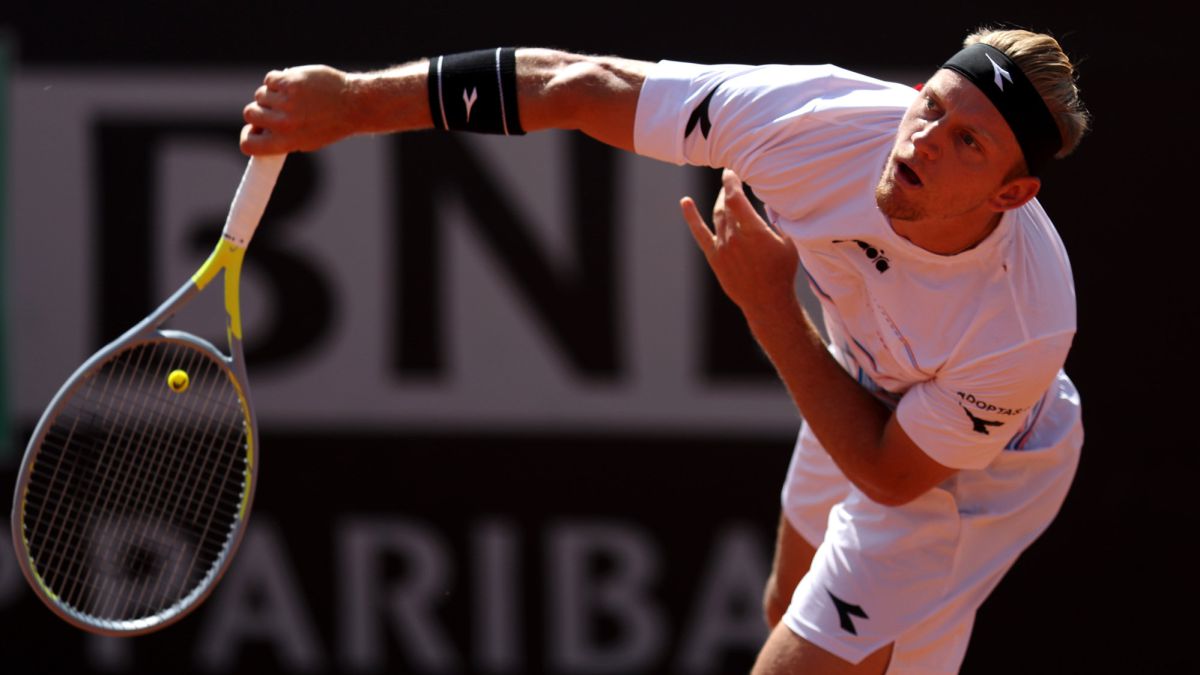 Alejandro Davidovich is still sweet on the tour on clay. The tennis player from Malaga, who entered the tournament’s final draw without needing to play the preliminary round due to Gael Monfils’ loss, responded to expectations with a victory against Belarusian Ilya Ivashka, who did not make things easy for him, 6-2, 4-6 and 6-4 after a battle of 2 hours and 41 minutes

The match soon turned Davidovich’s face, as the man from Malaga broke Ivashka’s serve on the first occasion he had and saved a break point on serve to make it 3-0. Davidovich broke the Belarusian again but with 5-1 in favor he was unable to close the set on serve, something that he did do the rest in the next game with a scoreless game to make it 6-2.

In the second set it was Ivashka who began by breaking Davidovich’s serve to consolidate the break with his serve and have an advantage for much of the set. Davidovich recovered the break in the eighth game but Ivashka broke him again to make it 4-5 before entering a frantic tenth game in which Davidovich saved two set points, did not take advantage of four break points and saved another two set points before, in the fifth, Ivashka did not fail and forced the third set after winning the set 4-6 .

In the third round Davidovich took the lead after breaking Ivashka’s serve to take a 2-0 lead but the Belarusian returned the break in the following game. The man from Malaga broke again in the sixth game to make it 4-2 and with 5-3 and a serve to close the match he could not do it, although he did in the game following the rest, where he managed to break Ivashka’s serve again to win the game with the first opportunity he had. Now in the second round, Davidovich will have a difficult match against Felix Auger-Aliassime, eighth favorite for the title, and whom he had against the ropes at the last Australian Open on the only occasion they have met on the ATP circuit.

Defeat of Ramos and leave of Bautista due to wrist discomfort

Albert Ramos said goodbye to the Masters 1,000 in Rome after succumbing to the American Tommy Paul in two sets (6-4 and 6-4), in just over an hour and a half of battle. Ramos, number 43 in the ranking, saw how an even match slipped from his hands. He gave up three services in the first set for the two he broke his rival, and in the second set, when he seemed to recover by breaking Paul’s serve and going up 3-1, he missed the opportunity to take the match to the third stake. The American, number 34 in the world, knew how to react and raised that 3-1 against to get a 5-3 in his favor, breaking the Catalan’s service twice in a row, who could no longer close the gap.

Who will not play in the Masters 1,000 in Rome will be Roberto Bautista, who announced his resignation due to some discomfort in the wrist. His place in the final table has been taken by the American Marcos Giron.