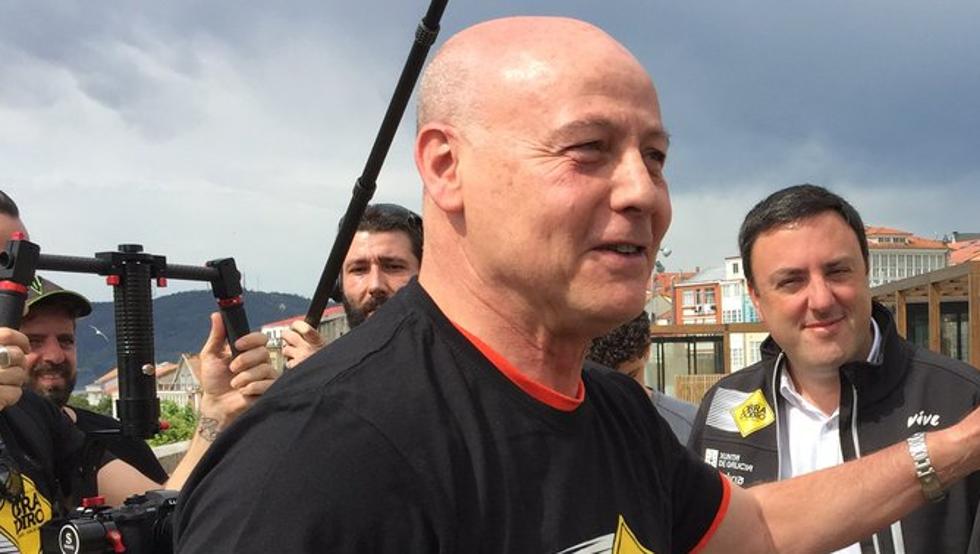 The bright present of the Spanish basketball team, that carries three Olympic Games without getting off the podium (two silver and one bronze), had as precursors the Olympic runners-up of Los Angeles 1984, when Spain had “the fortune that other times was denied”, he reminds EFE Juan Antonio Corbalan, base of that team that achieved the first Olympic silver.

Beating Yugoslavia (74-61) in the semifinals, which then grouped current powers such as Serbia, Croatia or Slovenia, the Spanish team appeared before a ‘Team USA’ made up of university students who “were already stars” such as Michael Jordan, Sam Perkins or Patrick Ewing, in an incomparable setting: the Los Angeles Lakers Forum.

“To be a silver medal in the Olympic Games held in the US, played on the Lakers field and against a team where players like Jordan, Ewing, Perkins, Fleming, Richardson played… We had that fortune that other times we had knocked on the doors of destiny and it had not opened it to us “, recalls Corbalán (Madrid, 1954), doctor and head of the Sports Health Unit of Vithas Internacional, a Madrid hospital where he attended EFE .

For fate to open that door, Spain was several championships knocking on it with its knuckles: it chained four fourth places between the 1980 Moscow Games, the 1981 European Czechoslovakia and the 1982 World Cup in Colombia. Until the Nantes European ( France) in 1983 achieved silver by beating the Soviet Union in a tight semi-final (95-94).

“We were an emergent selection in the reality that had. At some point the flute was going to sound and it sounded at those Games “, explains Corbalán, for whom basketball at that time had opponents” much more powerful “, since the Soviet Union and Yugoslavia grouped together many countries that today play separately.

“That affected only the first three places, which were terribly more difficult, the rest could be similar or a little easier, because the teams that are now the former Soviet or Yugoslav republics, then were not,” he explains.

To reach the Los Angeles final, that group led by Antonio Díaz Miguel and formed by the nucleus of the 1959 generation (José Luis Llorente, Fernando Romay, Juanma López Iturriaga, Juan Antonio San Epifanio ‘Epi’, Fernando Arcega) with some veterans such as Corbalán or Juan de la Cruz, and two young men who were key such as Fernando Martín and Andrés Jiménez, had to star in a historic duel against Yugoslavia in the semifinals.

Corbalán remembers that semifinal as “a model” of how to play “a very, very difficult game” in which they knew how to change the men’s defense for a zone and maximize their chances.

“We played very orderly and knowing that out of 100 games against Yugoslavia we would have lost 95, but we knew that playing without mistakes, on a good day of ours and without them on their best day we would have a 5% chance. And we did that, make the most of our best resources, “he recalled.

Thousands of telegrams before the grand finale

In the age of social media, athletes immediately receive the impact of their achievements even thousands of miles away. In 1984, the vehicles for learning about how Spain followed the evolution of its national team – the ‘national team’ as Díaz Miguel called it – were different: press summaries from the Spanish Olympic Committee, calls from relatives or telegrams.

Thousands of them arrived before the grand final against the United States. “From the passage from the semifinal to the final we received 5,000 or 6,000 telegrams from Spaniards who encouraged us and were expectantyes … I remember before the final reading some huge blocks of telegrams received, one by one “, says Corbalán.

The final was another story. Against a team formed by the Jordan, Ewing and company, then in college basketball -the NBA players did not go to the Games until Barcelona 1992- but that “they were already stars”, emphasizes the ex-base, it was practically impossible to aspire to victory (65 -96).

“He faces very badly, when you play with someone who plays ten times better than you, you have to play very defensively, trying not to make mistakes, and that takes away a lot of spontaneity, mental agility, courage, and you play more thinking about not losing too many, than about the minimal or no possibility of winning “, recalls the former player.

That final, historic in 1984, has been repeated twice: Beijing 2008 (107-118) and London 2012 (100-107). The first of them is one of the most remembered finals in Olympic history for its quality. “It was a splendid, fantastic selection. But I always had the feeling that as the game dragged on, the worse for us, “says Corbalán.

The former game director, now a doctor, considers that the differences between the United States and Spain have been shortened, but warns that the generation that will take its last Olympic steps in Tokyo is difficult to repeat.

“Your average level may be to be fourth or fifth, but going from that to a final is the merit of a generation like this. Players like Pau Gasol will not come out every five years, nor (Juan Carlos) Navarro, (José Manuel) Calderón, Raúl López, (Jorge) Garbajosa… It does not happen even in countries with a great background. And in our case, in a few years when there were many defections of great players, we were fortunate that we had committed players who put the national team above the interests of the clubs. They are ideal conditions that do not always exist “, he values.

The passage of the years makes Corbalán prefer to speak of emotions rather than forecasts when referring to the Spanish team. “I would like the result to smile at us once more, but I do not give the kids the obligatory nature of the medal. For me it is very good that we are among the top four, “he says.

Pau Gasol will live, at 41 and after two injuries, his last experience with the national team, a longevity that the doctor is not surprised by, due to the care and “supreme class” of Sant Boi. “Yes I am concerned that the requirement could cause an injury if you do not know how to modulate well, but that will be the coach’s ability,” he warns.

The current basketball lives the prominence of the guards and guards, hand in hand with the increasing success of the three-point shot, which is called the ‘small ball’ due to the influence of the NBA, which is “more spectacular”, but which breaks for Corbalán the balances of this sport. “If we took away the big boys from basketball, it would lose a good part of its beauty,” reflects the former baseman, who acknowledges that the US championship “bores him a lot, in many cases.”

Without spectators in the stands due to the state of emergency due to the pandemic, Tokyo 2020 will lose the atmosphere and motivation for athletes, which could influence the results, according to the former basketball player and doctor. “I do not think that they are a Games that go down in history due to great results in athletics and other sports. In the team team it does not matter, but you always remember what the person who won the 100 meters, height or length did, and there it will influence “, predicts the Olympic runner-up in Los Angeles 1984.