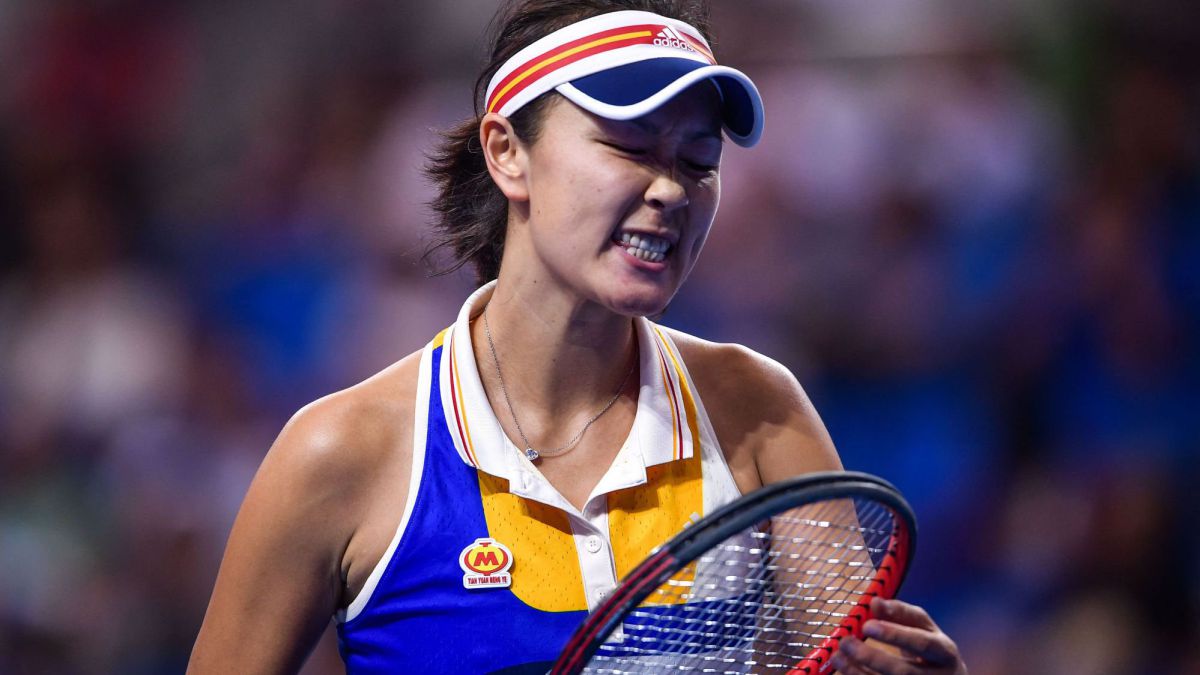 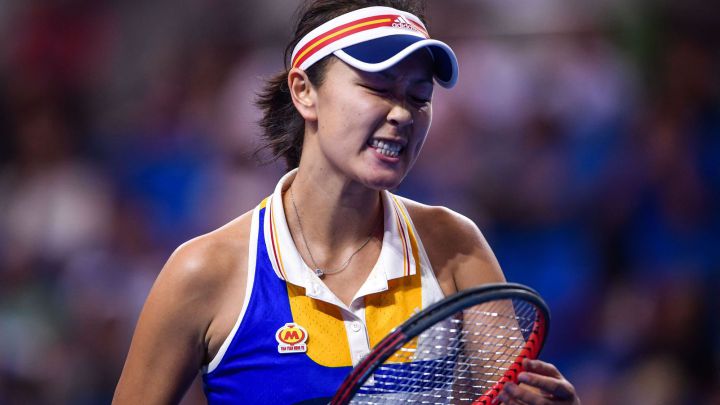 The China Tennis Association (CTA) today expressed “outrage” at the decision of the Women’s Tennis Association (WTA) to suspend tournaments in China. Due to the uncertainties surrounding the tennis player Peng Shuai, the Global Times newspaper collects today in inaccessible social networks in the Asian country.

The newspaper quoted this Thursday through Twitter and Facebook a statement obtained exclusively in which the CTA criticizes the WTA’s decision for “being based on fictitious information.” and because it will “affect the relevant athlete” and “the opportunities to compete” of local tennis players.

The CTA statement does not exist on its website and, in fact, all information related to the Peng case -which accused a former high-ranking government official of sexual abuse- continues censored on Chinese media and social networks.

Foreign Ministry Spokesperson Wang Wenbin, that in previous press conferences he had rejected questions about the case for “not being a diplomatic matter”, he limited himself to commenting today that “China opposes the politicization of sport.”

Recently, another spokesman for the Chinese Foreign Ministry, Zhao Lijian, stressed that the tennis player had already “appeared” in some public events and that his case should not be “politicized.”

On Wednesday, the WTA decided to suspend the tournaments it holds in China given the uncertainties that have surrounded the case of the tennis player Peng, who denounced sexual abuse by former Chinese Vice Premier Zhang Gaoli, and of which there is hardly any evidence, outside of communications from media affiliated with the Government.

According Steve Simon, President of the WTA, all WTA tournaments held in China, including Hong Kong, are suspended.

“I don’t see how our athletes can compete there while Peng cannot communicate freely. and has been pressured to contradict her allegations of sexual abuse, “Simon said.

On November 2, Peng revealed through the social network Weibo that she had an intermittent love affair with Zhang for years, whom she accused of having sexually abused her on one occasion.

The debate over the allegations was quickly censored on Chinese social media. and the original publication (which said “that afternoon I did not consent and I cried all the time”) was volatilized.

After not appearing in public for several days, Peng participated in some events in Beijing and had a videoconference with the president of the International Olympic Committee, Thomas Bach, in which he assured that he was “well” in the Chinese capital and that he would like “his privacy to be respected.”

The WTA, however, did not consider this conversation sufficient, as it suspects that Peng is acting under pressure. -China has been accused on multiple occasions of having temporarily “disappeared” public figures who have acted or made statements against the interests of the government, and insists that the accusation be formally investigated.

Zhang Gaoli was the country’s deputy prime minister from 2013 to 2018.

The IOC has held a second videoconference with Chinese tennis player Peng Shuai in which it has offered “support at any level” and has arranged a personal meeting for the month of January, informs the Olympic body in a statement in which it “reconfirms” that the athlete is apparently in good condition.

“We share the same concern as many other people and organizations for Peng Shuai’s well-being and safety. So yesterday an IOC team held another video call with her.”, says the note, made public a day after the WTA canceled all its tournaments in China while the situation of the player is not clarified.

Peng revealed on November 2 on the social network Weibo that he had an intermittent love affair with former Deputy Prime Minister Zhang Gaoli for years., whom he accused of having sexually abused her on one occasion.

The debate on the accusations was quickly censored on Chinese social networks and the original publication (which said “that afternoon I did not consent and I cried all the time”) He disappeared. The tennis player’s whereabouts are unknown, although on the 21st he held a videoconference with the president of the IOC, Thomas Bach, of which graphic testimony was offered.

“There are different ways to check their status and their safety,” says the IOC in its note this Thursday. “We have opted for a human and person-based approach. Since she is a three-time Olympian, we address these concerns directly with Chinese sports organizations. We employ ‘quiet diplomacy’ (…), the most promising avenue on these humanitarian issues. “

The statement recalls that on the November 21 call Peng “explained his situation and was apparently safe and well, given the difficult situation he is going through. “

“This was reconfirmed in yesterday’s call,” insists.

“Our personal approach means that we remain concerned about your situation. and we will continue to support it “, concludes the note.

The WTA considered the evidence of Peng status provided by the IOC to be insufficient, suspecting that the player spoke under pressure, and insists that the accusation be formally investigated.

The number one in the men’s tennis rankings, Serbian Novak Djokovic, on Wednesday in Madrid, where he disputes the Davis Cup, showed his “total support” for the WTA decision, considering the information on the true state of Peng “insufficient”.

The controversy occurs two months after the Opening of the Winter Olympics in Beijing on February 4, 2022.