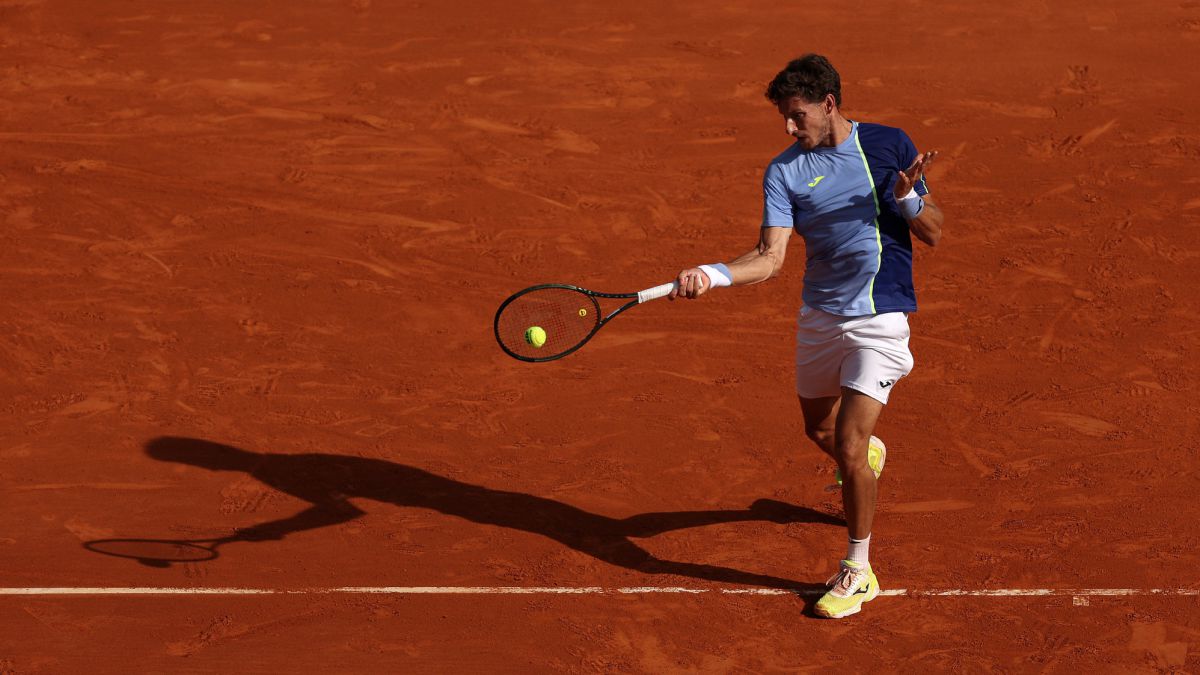 Pablo Carreno had to sweat, and a lot, to beat Sonego at the Barcelona Open Banc Sabadell, and will challenge Casper Ruud in the quarterfinals. The Spanish tennis player needed two hours and 42 minutes to beat a combative Sonego who was a roller coaster in the match. Carreño won 6-2, 5-7 and 6-2 and being an hour and 27 minutes longer on court than Rudd could take its toll on him when they meet in the third shift of the day on the Rafa Nadal court. The Norwegian, who finished his match, against Ruusuvuori, in one hour and 15 minutes will enjoy more rest time.

The conditions changed a lot compared to the rest of the days in Barcelona because on the Jan Kodes track the temperature was 18-19 degrees. Pablo Carreño did not want to take long to show good tennis and better feelings and in the first game of the duel against Sonego he already broke him (1-0). He had to fight it, it lasted more than nine minutes, but he wrote it down in his locker. It was a serious warning to his rival because after punishing him with good serves and blows to his backhand he drowned him with a 4-0. The truth is that the Spanish tennis player also perfectly attacked Sonego’s second serves and The Italian’s first game did not come, with service in favor, until 28 minutes into the match (4-1). After that, Carreño did not let the Italian grow on the court, he secured his next two serves and closed the set (6-2) in 40 minutes.

After the break, the forces equalized. Both players started the second set in spectacular fashion, with Sonego serving. There was an exchange of blows, to which of more quality, and the Italian scored the 0-1. This seemed to give him confidence in his game and strength, although Carreño’s ‘give it, give it’ resounded on more than one occasion on the court. The Spaniard held on in a very good way with more than 70 percent on first serves, he wasn’t giving a single break ball, and a long and safe game. The serious moment of the match came at one hour and 37 minutes, with 5-5 in the second set. Sonego served and scored a blank game (5-6). The Italian felt comfortable on the court, raised his level and, after four break and set balls, scored the second round (5-7).

Carreño, then, was not seen to be excessively worried or nervous before the start of the third set and it was not long before he returned to show the level of the first set. He forced Sonego to delay his position, made him run from side to side and based on good forehands (winning 62 percent of the points) he endorsed a 6-2 which is expected to revitalize him in the face of some exciting and exhausting quarterfinals against Ruud.

Ruud does not fail against Ruusuvuori

Thursday’s rain gave way to clear skies and short-sleeved sunshine at the Barcelona Open Banc Sabadell, where spectators made a long queue to access the Real Club Tenis de Barcelona minutes before 12:00. Meanwhile, the Norwegian Casper Ruud, number seven in the world, warmed up with what was becoming one of the sensations of the tournament, the Finn Emil Ruusuvuori, who had barely lost five games in the previous rounds. When they began to exchange blows, the difference was abysmal.

The Norwegian, who this season has already lifted a title (Argentina Open) and has accumulated 14 wins and five losses, easily gobbled up his opponent in one hour and 15 minutes. With a percentage of 86% of points won on his first serve, he did not give an option to a failing Ruusuvuori, number 73 in the world, who only won half of the points with his service in the first set (6-2) . Far from giving war, Ruud continued to keep his rival at bay although his statistics worsened, he was more hesitant on serve, but enough to repeat 6-2 and settle the match.