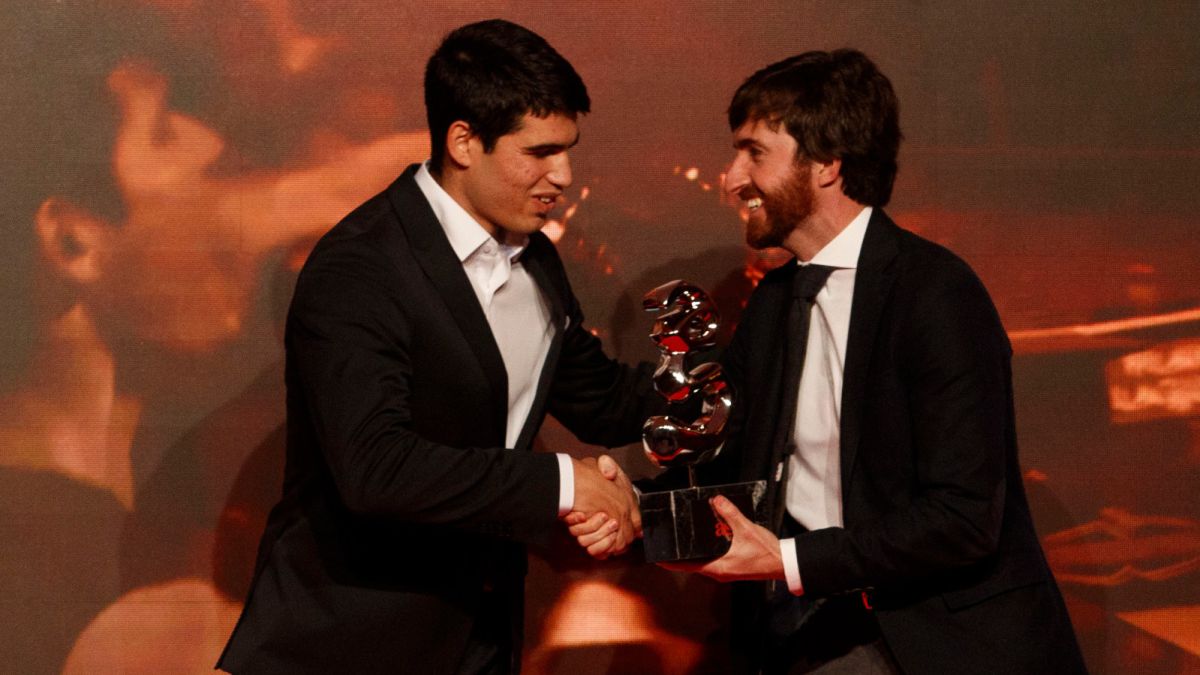 Carlos Alcaraz received the Promesa AS del Deporte Award on Tuesday at the Hotel Palace in Madrid, although it could have perfectly chosen one of the main awards because its future points to the immediate present. At the age of 18, he will start the 2022 season as number 32 in the ATP ranking after a course, the first complete as a professional of the circuit, in which he has climbed 109 positions after beat three top-10 (Tsitsipas, Berrettini and Sinner) and win their first two titles (Umag and the NextGen ATP Finals).

After the appearance on stage of a legend as a former basketball player for Estudiantes, Real Madrid and the National Team, Felipe Reyes, AS Sports Career Award winner, Alcaraz collected the statuette from the hands of Alfredo Gazpio, Danone’s director of Public Affairs. “An AS? We are working towards it, although this year it has been the boom. I want more too, so I hope it’s the start of something great. The award will be at the top of my room or my house. Many thanks. It is a pleasure to share this with all of you, “said the Murcian from El Palmar.

It is symbolic that Alcaraz receives this recognition the day after fans, friends, family and authorities said goodbye to the great Manolo Santana at the Caja Mágica, on the track that bore his name. It is along the path that the Madrid native opened with his impossible triumphs where Charly is now traveling, an equally simple and humble boy who aspires to be legendary one day, also in the wake of the immeasurable Rafa Nadal.

As soon as he started his second Grand Slams campaign, he will be seeded at the Australian Open, where he debuted last year with victory. Later he also won games at Roland Garros, Wimbledon and the US Open, the tournament of his explosion and in which he reached the quarterfinals before having to leave due to injury when he played against Felix Auger-Aliassime. The preseason is at the JC Ferrero Equelite in Villena and will begin to compete in one of the ATP 250 in Melbourne. He is the third tennis player to win the AS Promise Award, after Paula Badosa (2015), also awarded this year, and Alejandro Davidovich (2017).