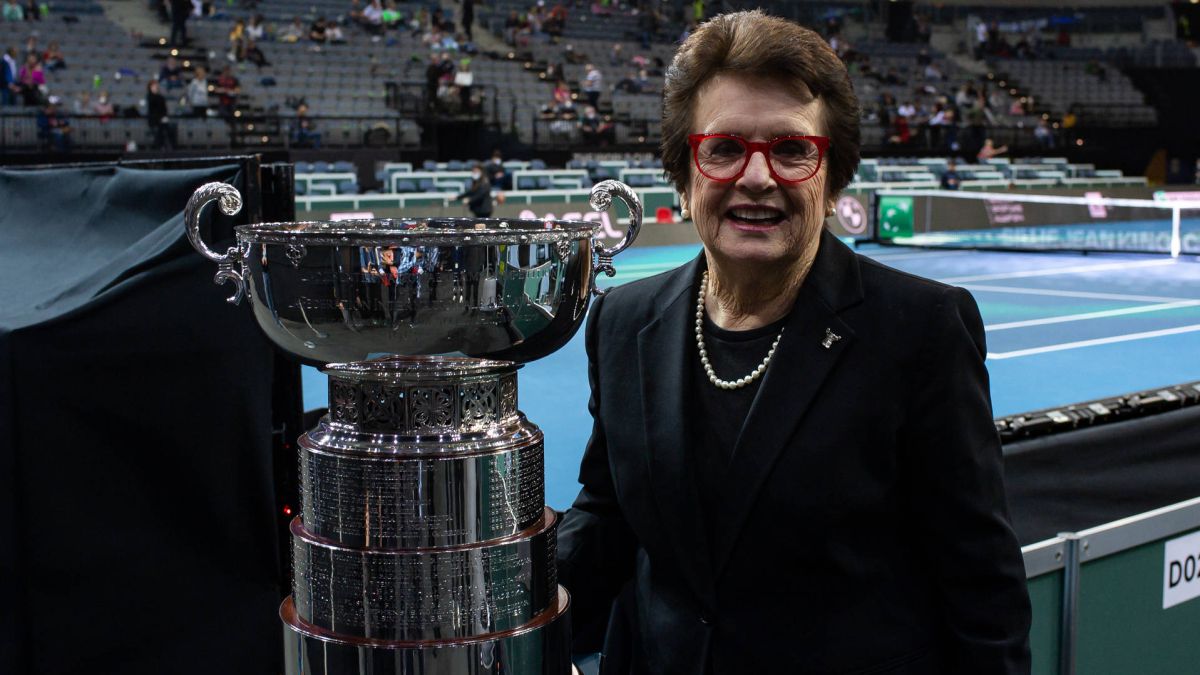 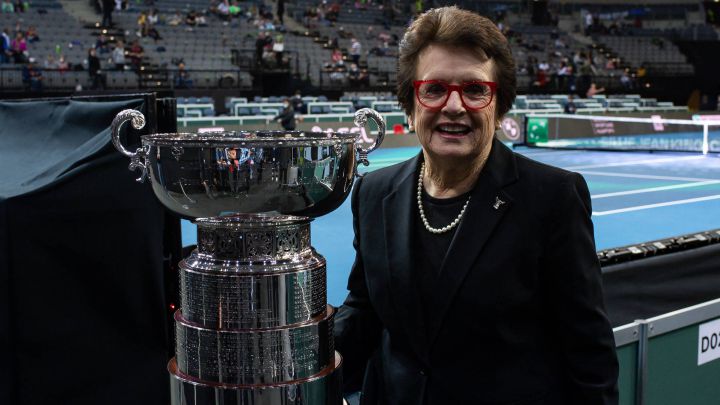 Billie jean king (Long Beach, age 77), maiden Moffit, is a legend of tennis and the fight for women’s rights and social change. The American won 39 Grand Slams (12 in singles, 16 in doubles and 11 in mixed doubles) and was one of the founders of the Women’s Tennis Association (WTA). The International Federation He gave his name to the Federation Cup last year and last week he attended the new Finals of this competition in Prague. There, with all the energy, eloquence and sympathy that she exudes, attended AS.

What does it mean to you to have your name in a world tennis competition?

Phew (sighs). I still try to get used to the idea. But I know it is an honor and a privilege. What does it really mean? What can I do with it to make the world a better place? That is what I am trying to achieve. When I see it sometimes I think of my mother, who gave me my name, because my father was on his way to World War II and she did not know when he would return home. So I am named after him (Bill Moffit). When she was 80 years old, she asked me if I liked it and I replied that I adored it because of my father and because I loved that it was different in those days, that nobody had it. Now it has become popular, by Billie Eilish, for example. It’s very funny. Returning to the matter, it is a responsibility and I hope that the International Federation (ITF) and the national federations continue to fight for change in the world, for equality and inclusion. That said, I will collaborate in whatever is necessary.

Do you like the new format of the Finals considering that you won the Federation Cup several times with another system?

Actually, the first title I won was in a Finals like these. I played in London, with knockouts of two singles matches and one doubles. So here the circle was closed. We work in a format that responds to the depth that there is in women’s tennis now. We continue at it. You have to find solutions and not continue to complain.

What does women’s tennis need to reach more people?

She is in much better place than any other women’s sport. For example, on the subject of earnings. We continue to look for ways to improve. The ITF is not involved in this, it is committed. It’s a big job and you have to keep talking for the progress to continue. It is something global, of the whole world, not only of the Federation Cup. Women’s tennis is in 210 countries. I don’t have all the answers and I’m not the one who has to lead this, but the girls who play now. Fifty years ago we were in conflict and an opportunity arose out of the crisis. The ITF and the WTA have to work together.

A few days ago, a German player, Andrea Petkovic, said that sexism is still present in tennis. For example, because sometimes women play on smaller courts. what do you think about it?

You are right, there is still a lot of sexism and we continue to experience it in all sports. The challenge is to continue making a difference. The people who have the power to run the tournaments and determine the schedules must change. When he played at Roland Garros, he sometimes did it at the worst hours and on the worst courts. They got rid of us. And now that still happens often.

And what can be done?

Talking with the directors, I already did it face to face at the time, because it is the only way to find a way to make things change. Before, there were only ball boys in some tournaments. Many organizers had not realized the account and changed it. For example, the US Open. You have to exchange information and ask for what you want and need. And maybe things don’t happen right now, but they do happen in the future. It helps a lot when a man is in charge and becomes an ally of women. They really make a difference. The mostly male-led ITF voted for equality in Davis Cup and Billie Jean King Cup winnings. Men, since they often have the power to decide, can turn things around much faster.

Do you think that the topic of homosexuality is still taboo in the world of tennis?

I think tennis has been one of the best sports in this regard. Also the subject of AIDS, with Arthur Ashe (The former African-American tennis player was infected by a transfusion and announced it at a press conference on April 9, 1992). We were more open and fair with the LGTBIQ + issue. Martina Navratilova and I were almost the first to come out of the closet. When she had decided, I told her: ‘If you can, announce it and that way you will control the message.’ We dated in 1981 and then I tried to find out who I was. She said she was bisexual. But the point is, we talk about it. The more often someone is discovered the better the issue will be understood, because people will realize that many people are LGBTQ +. And all families, probably almost all, even if they don’t know it, have such a person in their midst. It is always important to be as authentic as possible with yourself and leave a much better life for others if you can do it. But sometimes we are not ‘ready’ (that word is said in Spanish). It can only be done when your body tells you that you are ready.

A champion on & off the court, @CarlaSuarezNava played her final pro match @BJKCup, a doubles win for Spain.

She beat cancer this spring, & served as an inspiration to all.

Congratulations on a truly remarkable career, Carla. I cannot wait to watch your next chapter unfold. pic.twitter.com/899dxpGBBr

A few days ago he recorded an emotional message for Carla Suárez. What do you think about her?

She has always been so sweet, so kind … But then when she got cancer, I realized how brave she is. He always was on the track and that was a good sign to face adversity. It’s amazing how he got over it. I know from his face that he was sad that he is not going to play anymore, but he will go ahead and do things. I think his is something very inspiring and that life will help him. I hope I can keep in touch with her and I am delighted that she is doing well because we were all concerned. Although she is very brave, a simply amazing person. When he played, his heart would propel him and counteract the fact that he was not as tall as his rivals. That made her faster. She was very good, a very smart player.

And this is a mandatory question for a Spanish journalist. The Big Three: Federer, Nadal or Djokovic. Who do you choose?

They are all three different. I adore Nadal. Ilana (Kloss, his wife, former South African tennis player) and I met him when he must have been 14 or 15 years old, in South Africa. I don’t think he remembers, but we do, because they said he was the child with the greatest potential. So we went and we looked at him and we thought, ‘Oh my gosh, this guy is so good.’ So I love watching him play. What I like the most about him is how much he respects tennis and how he gets angry when other players don’t respect him. That is why children want to be like him more than others when asked and they say that Nadal is their favorite. In that it is number one. Older adults stay more with Federer, for his elegance, because the way he hits the ball and dances on the court is beautiful. But Nadal has those values ​​and is more earthy. I think Djokovic is going to be the best in titles, because when Nadal and Federer competed they hurt each other in that sense. Martina (Navratilova) and Chris Evert would have won 40 Grand Slams if one of them hadn’t been on the board.

And how do you see them on the matter of changes in tennis?

Djokovic is unique and different. He’s very smart and more forthright about change than the other two. I wish they weren’t so sure, that they talked more off the track, because it has to be done. Federer came out once for the players’ association to stick together, and he was great, but there is still a lot of work ahead.

Would a Big Three be good for women’s tennis?

Before, when there was a rivalry, like Chris and Martina’s, it was generally said that there was no depth on the women’s circuit. There is always this discussion in the media. Now there is much more depth, many more good players, and it is said that a rivalry is missing. It’s like always wanting what you don’t have. The ideal would be to have it all, some rivalries, not just one, more than one. But in women’s sports and in tennis in particular we have much more depth now because there are more people who have paid attention to us. The other is always great, but do we need it? Probably. In any case, I think it would be nice to have both.