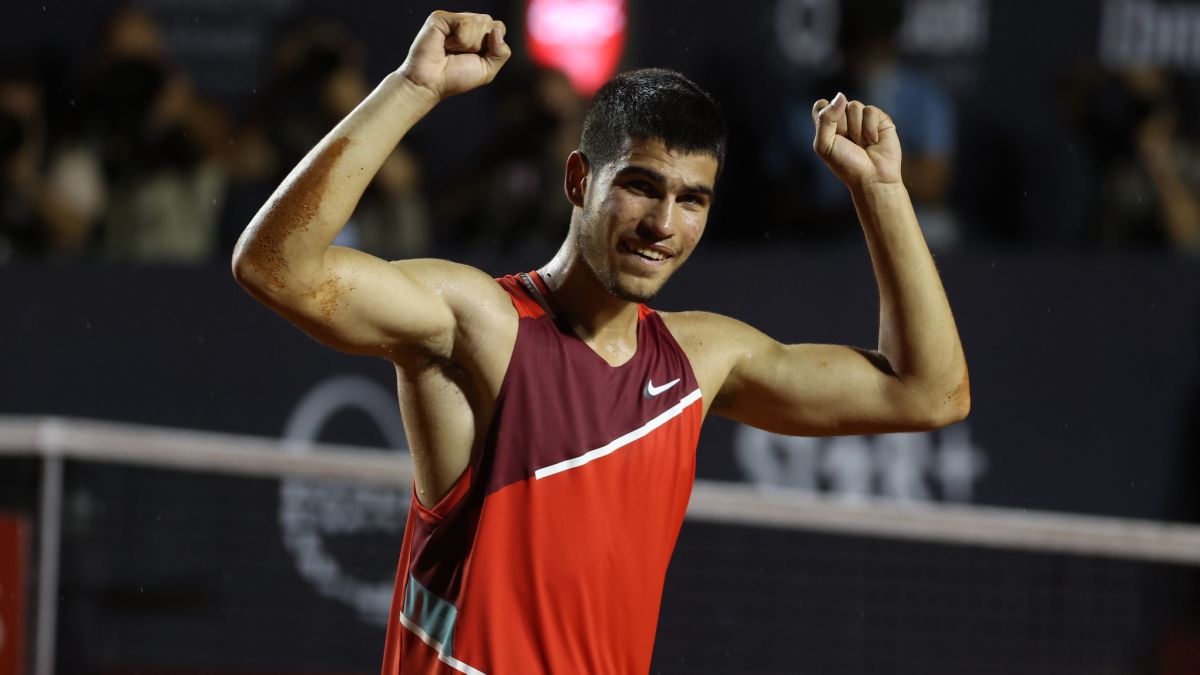 Rio de Janeiro will forever be a very special city for Carlos Alcaraz. There he played and won his first ATP match in 2020, against his compatriot Albert Ramos, and there he won his first 500 category title this Sunday, third of his career after those in Umag, also on clay, and the NextGen ATP Finals in Milan, on hard. He did it with wonderful sensations and a lot of authority (6-4 and 6-2 in 87 minutes), against a difficult rival, who had been champion on the same track four years ago and top-10 two years ago, Diego Schwartzman, current number 14 in the world. “It’s been a great week at a great level. I’m very happy and I have a great feeling,” he said before the trophy ceremony.

A day after having overcome the quarter and semifinal matches with two and a half hours difference, the Murcian acted with an amazing intensity and control of emotions unbecoming of his age. The victory puts him in the top-20 for the first time at 18 years and just over nine months, before the incomparable Rafa Nadal, who reached 17th place in the ranking in 2005 with 18 and 11. That same year, the Balearic had raised his first 500 trophy in Acapulco with 18 and 8. Alcaraz is the youngest champion in the category since Jannik Sinner (19) in Washington 2021. “I am ready to enter the next level,” warned the prodigy from El Palmar, who is 10th in the race for the ATP Finals.

To achieve this, Carlos exhibited an exciting repertoire, with shots of all kinds: that drive that he gives power with amazing ease, an increasingly interesting down the line backhand, exquisite and effective drop shots, talented volleys and even some lob as precise as it is devastating. In addition, he serves more than well, he knows how to vary his game, changing directions and heights when he needs it, and he has an innate ability to defend. Those qualities make him very dominant on the ground even against specialists like Schwartzmanwho had a good first set, in which he went ahead from the start (2-0) before losing it due to a couple of errors that did not touch at 6-4.

“All the time doing well for this,” complained the Buenos Aires native, who conceded a break at the start in the second round, at a time that had been a crisis for Charly in the quarterfinals against Berrettini and semifinals against Fognini. Even though the little one he didn’t give up and let go in search of an unlikely comeback, unfortunately for him, Alcaraz again broke his serve with suffocating pressure on the rest and a supersonic right hand. And he did it again, this time in white, to sentence and give great joy to his tennis ‘grandfather’, Antonio Martínez Cascales, his Rio coach in the absence of Juan Carlos Ferrero and forger, to a large extent, of the character that allows the boy to soon make his dreams come true. He will chase them again in Acapulco from Tuesday, along with the one he idolized Nadal. He will face another champion of the weekend, Britain’s Cameron Norrie, who triumphed in Delray Beach.