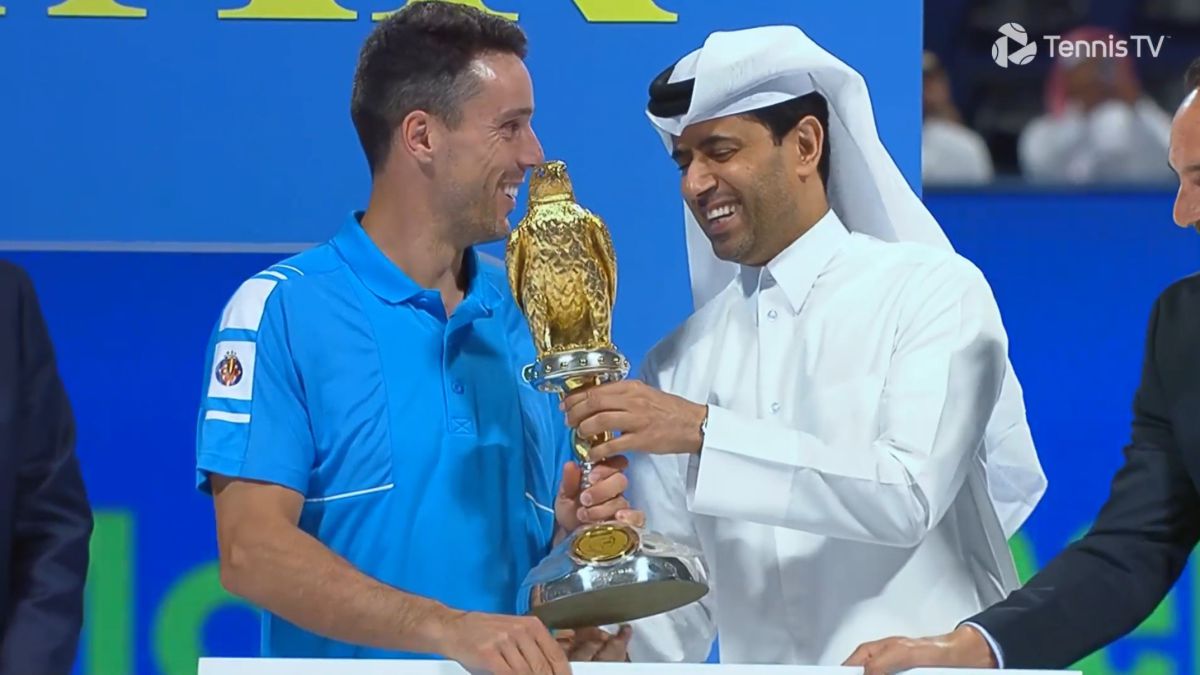 Roberto Bautista’s great week at the Qatar ExxonMobil Open culminated this Saturday with his victory in the final against Nikoloz Basilashvili. The 33-year-old from Castellón took revenge for the defeat against the 29-year-old Georgian in the 2021 title match and in this new opportunity he won in two sets: 6-3 and 6-4 in 1h26.

Bautista thus achieved his tenth title, the first since he was trained by Daniel Gimeno Traver (who was accompanied these days by the osteopath Daniel Peris), and second in Dohawhere he won in 2019. It is the first success since then, thus ending a three-year drought on the ATP circuit, since last year he lost the finals in Doha and Montpellier.

“I am very happy, I had not lifted a trophy for a while and I had worked hard to reach a final and have the opportunity to win a title., something that was my dream when I was a child. This tournament is very special for me, I couldn’t be happier”, said the Spaniard, who is repeating the championship in an event for the second time after winning in Auckland in 2016 and 2018, and who received the statuette of a falcon from PSG owner Nasser Al-Khelaïfi, who also owns the Qatari tournament.

In front of his wife, Ana, and his son, Roberto, Bautista avoided a second loss to Basilashvili in a repeat of last year’s last match on the same stage. He did it with an exercise in endurance and conviction after falling behind in both sets (3-1 in the first and 3-0 in the second). The two sets were almost a carbon copy of each other, with breaks for Nikoloz and a subsequent reaction by Bautista with devastating partials of 5-0 and 6-1. He came from impressing with his wins against Murray (6-0 and 6-1) and Davidovich (double 6-1), and coming back to beat Khachanov (2-6, 6-3 and 7-5). “It has been a very complete week here, with a very high level of play and a difficult final. I am also very happy with the start of the year,” he explained. This is the fourth championship for Spanish tennis in 2022, after Rafa Nadal’s two in Melbourne last January and Albert Ramos’s two weeks ago in Córdoba.