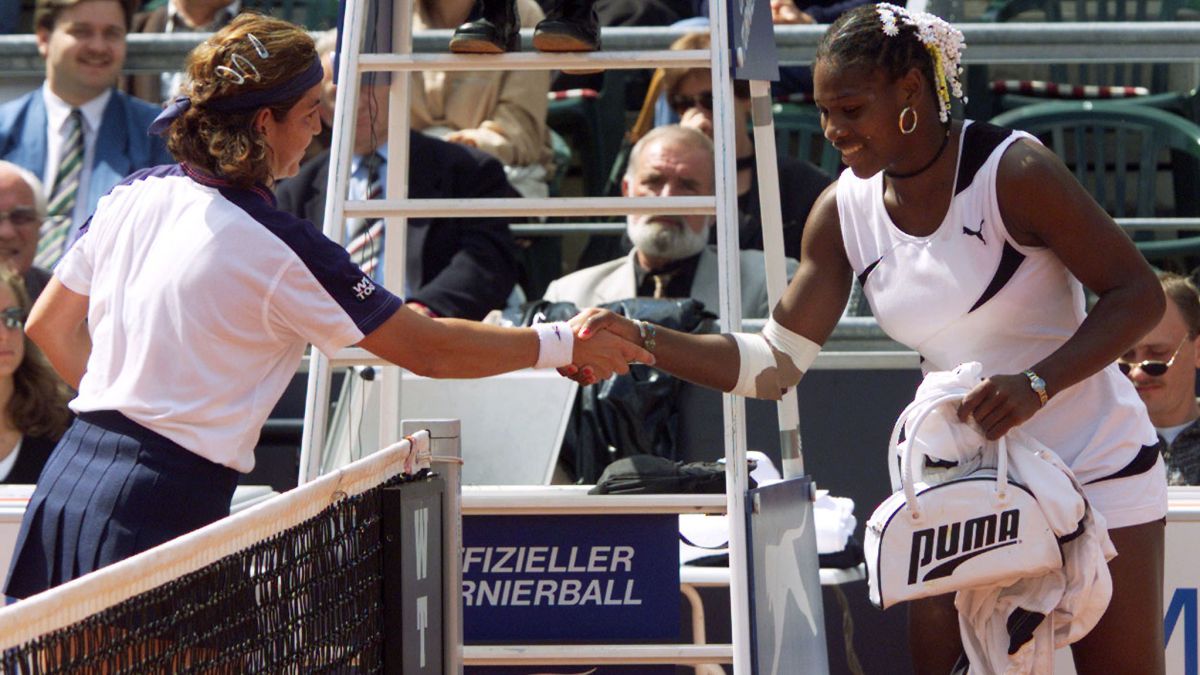 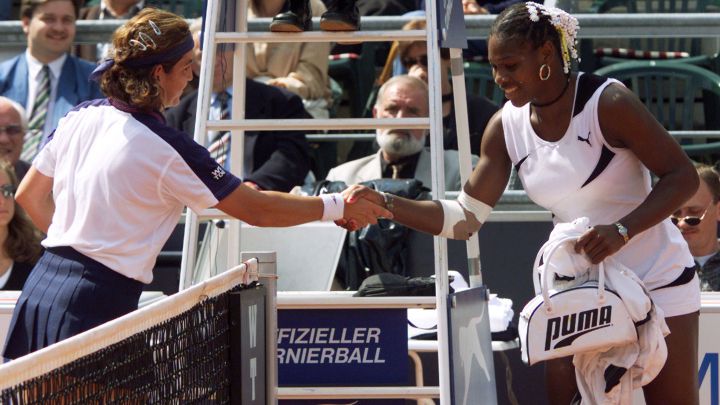 Arantxa Sánchez Vicario went through the microphones of El Larguero on Cadena SER this Thursday to talk about the movie ‘The Williams Method’, based on the training carried out by Richard Williams with his daughters Venus and Serena and for which Will Smith won the Oscar for best actor in a ceremony that will be remembered for the slap that the actor gave Chris Rock after making a joke of his wife.

Sánchez Vicario recommends the film and also revealed how he found out that he was in character in the final scene of the film. “Yes, I saw the movie at the premiere. I recommend it. But nobody ever told me about my character appearing in ‘The Williams Method’. I knew because a friend told me about it and that’s how I found out he was in the movie, and he also told me just before the premiere. Until then, I didn’t know anything.”

Vicario was upset by how they captured her character in the film, although she frees the actress who plays her, the Mexican Marcela Zacarías, from blame. “I’d better not comment on the role they play me in the movie… It’s inaccurate what it says. I don’t want to blame the actress who plays me. They try to make her look quite similar to me. She was blonde and they dyed her hair black to make it more authentic. You can see that she is a Mexican girl, I don’t know her, that she plays tennis and I can’t say much more about her. That’s why she didn’t want to pronounce me “

The former Spanish tennis player also wanted to bring to light some flaws in the film in the match she plays against Venus Williams, which is reflected in the film and which did happen in reality. “When I faced Venus Williams in 1994 I was number 2 in the world, seeded number 1 in the tournament. It was the Oakland tournament, it was not played outdoors, it was indoors, and it was played in November, at the end of the season , before the Women’s Masters tour which was played in New York. It was hard court and super fast, not like it looks like in the movie.”

Vicario also criticizes the fact that a break was taken when he was down 1-3 in the second set. “It is impossible that I would have left the court with 1-3 because you can never leave in even games, if anything I would have left in 2-3. Also, then time is limited, when you go to the bathroom you are limited . I would have been penalized if I had stayed longer. What happens is that this gives importance to the film. There is no other way for the movie to be relevant. It is true that I lost the first set 2-6 but then I won 11 games in a row and that says it all. I ended up winning the tournament in singles and doubles and that was when I was in the prime of my career. The previous year it had been number 1. But the movie wouldn’t have had as much pull if they hadn’t done it that way. It’s Hollywood.”

The former player also criticizes that, in addition to her character, Jennifer Capriati is also criticized and believes that this has only served to give the film more hype. “I don’t know why they put my name at that point in the movie, you’d have to ask them. I didn’t like what they said about another colleague of mine, Jennifer Capriati, either. It is true that she had problems, but it is not to take it out in the film. It would be necessary to ask, but it is part of the argument that they invented. It wouldn’t stop being a movie like the ones that have been made before, but that’s how it’s been made more morbid.”

Vicario also stressed that, despite what is told in the film, she maintains a great relationship with the Williams family and assures that it was she who told Richard that Serena would become more successful than her sister Venus. “The moment in which they put me as a very bad person when I am losing 2-6 and 1-3 is totally incorrect and I was the protagonist, as far as I know. I have had a brilliant career, nobody gave me anything to achieve what I got and I don’t understand the meaning of them taking that out. I recommend it because it is an epic film and it speaks of effort. I have a good relationship with Richard Williams and when his two daughters were on the circuit everyone talked about Venus and I told the father ‘the one who is going to be really good and is going to earn more is going to be Serena’. He knows I told him that and he just looked at me and thought ‘what are you saying?’ I saw them play and I knew that Serena was going to be better than Venus. I know both of them, I have faced them many times, we have had good rivalries and matches and the truth is that the movie surprised me.”

Arantxa also spoke about Will Smith’s Oscar for his role in the film. “Will Smith is a good actor, he’s had a bad time and I think he’s going to drag him down forever. That will mark you. I’ve been following him since ‘The Fresh Prince of Bel Air’. He’s a great actor, but there he was wrong.”

The former tennis player also spoke about the title of Carlos Alcaraz in Miami, the only Spanish tennis player with her to win this tournament. “Alcaraz has no qualifications. He is a spectacular phenomenon, how he moves on the court, the strength he has, how he stands on the court in big moments, he likes the public, the big stadiums, modern tennis… He is a phenomenon. I saw him live and he is wonderful. That a Spaniard in the men’s box accompany me in the list of winners… We are already a couple! A film of the two would not be bad.

Finally, the former tennis player wanted to justify why she had not spoken before about her presence in the film. “Someone would be surprised if I hadn’t mentioned my appearance in the film yet. I’ve consulted with my advisers and they told me that there is no point and the only thing I would do if I complained is to give the film more publicity, which is possibly what they were looking for, but there is no case”.