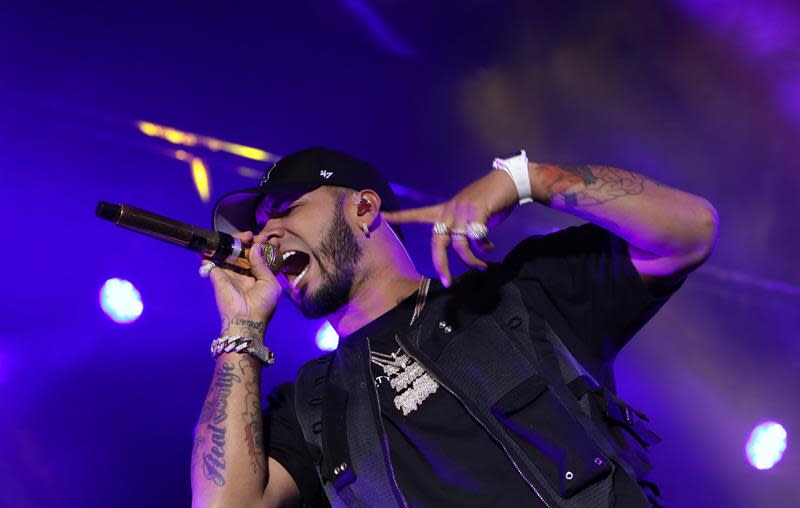 San Juan, Jul 12 (EFE) .- In their first duel as urban artists and sports executives, Anuel AA and his Captains of Arecibo dominated Bad Bunny and the Cangrejeros of Santurce on Monday 93-89 in a corresponding match of the National Superior Basketball, Main League of Puerto Rico.

With their victory, the Capitanes level their record to 1-1, while the Cangrejeros, who have international point guard and NBA experience in their ranks, José Juan Barea, fall to 0-2.

Fulfilling their business commitments, Bad Bunny and Anuel AA went to the Coliseo de Puerto Rico, in San Juan, headquarters of the Cangrejeros, where they were complimented by their respective followers and accompanied by a range of musical colleagues.

Both artists sat alongside their respective fellow sports executives.

Anuel, in turn, attended the meeting a day after participating in the Major League Baseball Celebrity Game in Denver (Colorado, USA) that the league celebrates two days prior to the Baseball All-Star Game.

Rauw Alejandro, Miky Woodz, Sech, Mora, Jowell, Myke Towers and Tito “El Bambino” were some of the urban artists who came to the main sports and entertainment venue in the capital.

For her part, the singer-songwriter Kany García, accompanied by the cuatrista Christian Nieves, performed the Puerto Rican anthem, “La Borinqueña.”

LeBron James, one of the stars of the NBA and who shared with Bad Bunny and Ozuna on the island, according to photos that they posted on their social networks this past weekend, did not attend the meeting.

Bad Bunny, along with Noah Assad, his artistic manager, and Jonathan Miranda, are the trustees of the Cangrejeros, while Anuel AA bought the Capitanes franchise.

For its part, Anuel AA, together with his anegative death, Frabian Eli, bought the Capitanes franchise from businessman Luis Monrouzeau, who under his administration the club won five championships.

The best scorer of this Monday’s game was Jezreel De Jesús, of the Capitanes, with 37 points, including 11 free throws in as many opportunities.

For the Cangrejeros, Thomas Robinson scored 23 points, followed by Isaac Sosa with 21.