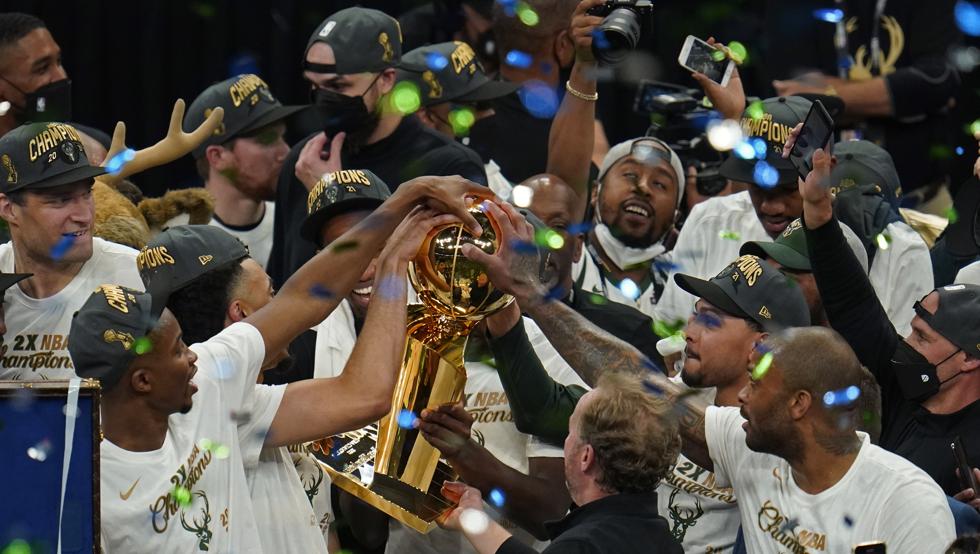 In a NBA where the concept big-three is the order of the day, where Brooklyn brings together players like Kyrie Irving, Kevin Durant and James Harden, or the last dynasty, that of the Warriors, was based on three top-tier All-Stars, the Bucks they have been champions in their own way.

Let no one get it wrong, his big-three lives up to the best. No one was counting on them. The spotlights on Giannis Antetokounmpo They prevented us from seeing their most faithful squires for a time: Khris Middleton and Jrue Holiday.

The first deserved that title almost like the most. Years ago he suffered a hard injury that could have weighed down his career. However, he returned better than ever to become an elite second sword. All-Star this year, Middleton has made it clear that without him, there would be no ring.

And what about the incorporation of Holiday? Surely the NBA signing of the year. The Bucks bet everything on their star, by Antetokounmpo, to surround the Greek with whatever it took to make him champion. Holiday has been the final piece they needed.

To give a clear example: in Game 5 of the NBA Finals, 115
of the team’s 123 points were produced by them. Scored or assisted, practically all originated in the hands of a trio that has marked the evolution of the season like few others.

The individual records do not matter And, despite this, they further elevate the status of these three stars who have known how to embrace their role and become brothers. The videos that came out during the year of these cracks joking with each other showed a united staff, without egos and committed with a common goal.

In the Finals, this has carried over to the track. It was not the best series of Holiday in attack, denied facing the basket, failed in the outside shot and missing easy shots that weighed down his team. However, without his defense it would not have been possible to prevail over Phoenix.

As a clear example, the robbery that sentences the Suns options in Game 5. A ball that he snatched from Devin Booker’s hands in a vital moment of the meeting, to make him fly and have Giannis destroy the hoop with him. Without Holiday, there is no ring.

What of Middleton has been the total consecration of a star. The eternally underrated has found the perfect role in the Bucks. When Giannis was limited by the rival, he appeared Khris. The Greek had great performances in the second and third games, but the Suns seemed to have found the formula in the fourth.

There appeared Middleton, with a historical display and scoring 40 points of all colors. His final minutes in the title tie have reminded us of the hunger, cold blood and temperance of the greatest in history. As a curiosity, no one had scored more points on the clutch than Middleton in decades.

And then there is Antetokounmpo. Much has been said and more will be said about Greek these weeks. Bet the hard way, to be faithful to the team that drafted him. He decided to renew with them and not look elsewhere for the title. He did well, because the team bet on him and the ring will shine on your hand.

The Greek closed a historic Finals with a colossal performance. 50 points, 14 rebounds and 5 blocks, unpublished numbers in the history of the league. “We don’t settle for one, we want more”He said shortly after lifting the Larry O’Brien. And more will come …