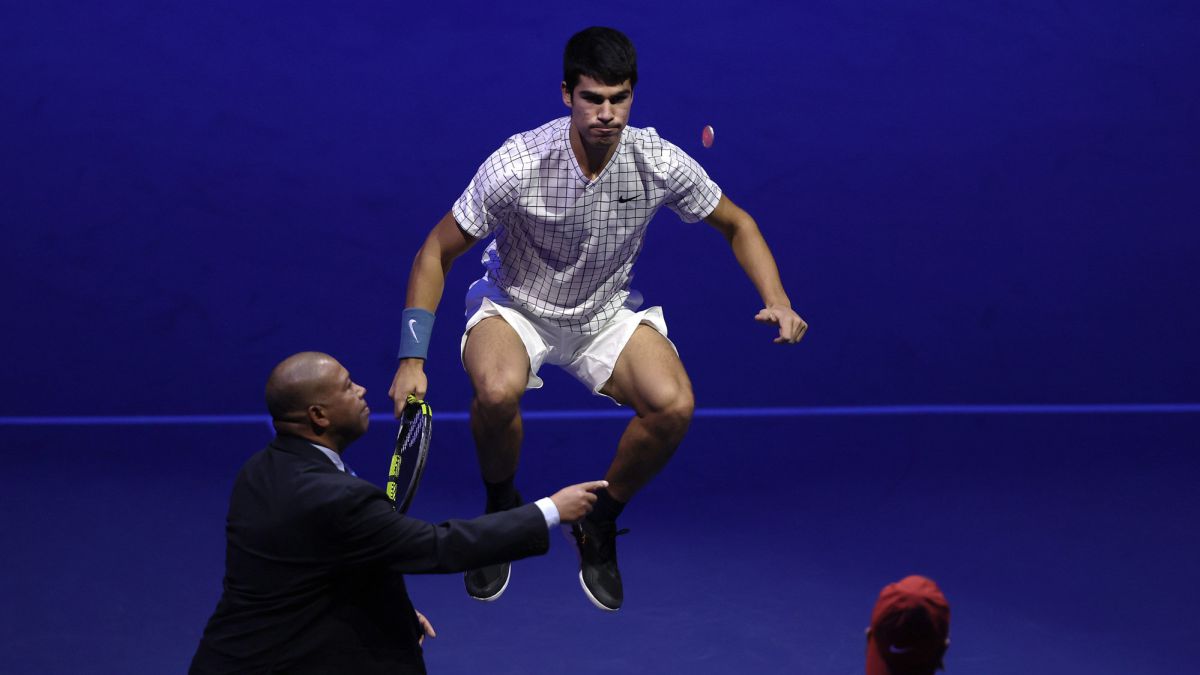 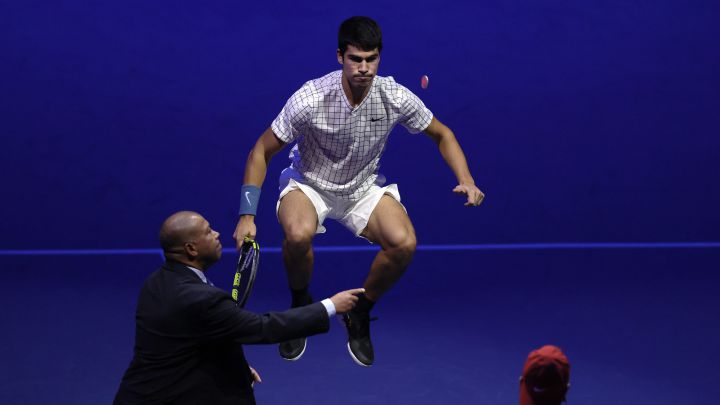 After beating Danish Holger Vitus Nodskov Rune with ease and fun, Carlos Alcaraz addressed the media at a press conference to convey his feelings at the NextGen ATP Finals in Milan and also talk about how what happened to him last week in Paris, when Frenchman Hugo Gaston beat him back from 5-0 in the third set cheered by an excessively hot crowd. “I have really enjoyed it. It is a very different format, which I am only going to experience here and you have to enjoy what you are doing and playing at every moment. And I think I have. It is important, because by doing it you display your best level ”, explained the 18-year-old from Murcia.

Format: “Everything is very different, but I liked it a lot, although it is not easy because you have to be focused all the time. Also coaching, which is good for me, so that your coach can give you some clues while you play. He has told me how to subtract better, for example ”, he told about the innovative rules and conditions of the tournament.

Paris: “When I left the track and the day after, I was affected. But I quickly realized that it is one more experience that had to be lived and that they help you a lot for the future. I have learned and will know how to manage it the next time it happens to me. And for next year’s tournaments, it will be very good for me ”.

Spanish tennis: “We have a lot of good players in Spain, it’s a very good thing. I’m not saying that I’m going to take the baton, because everyone has to make their career, but it’s nice that we have so many top tennis players ”.