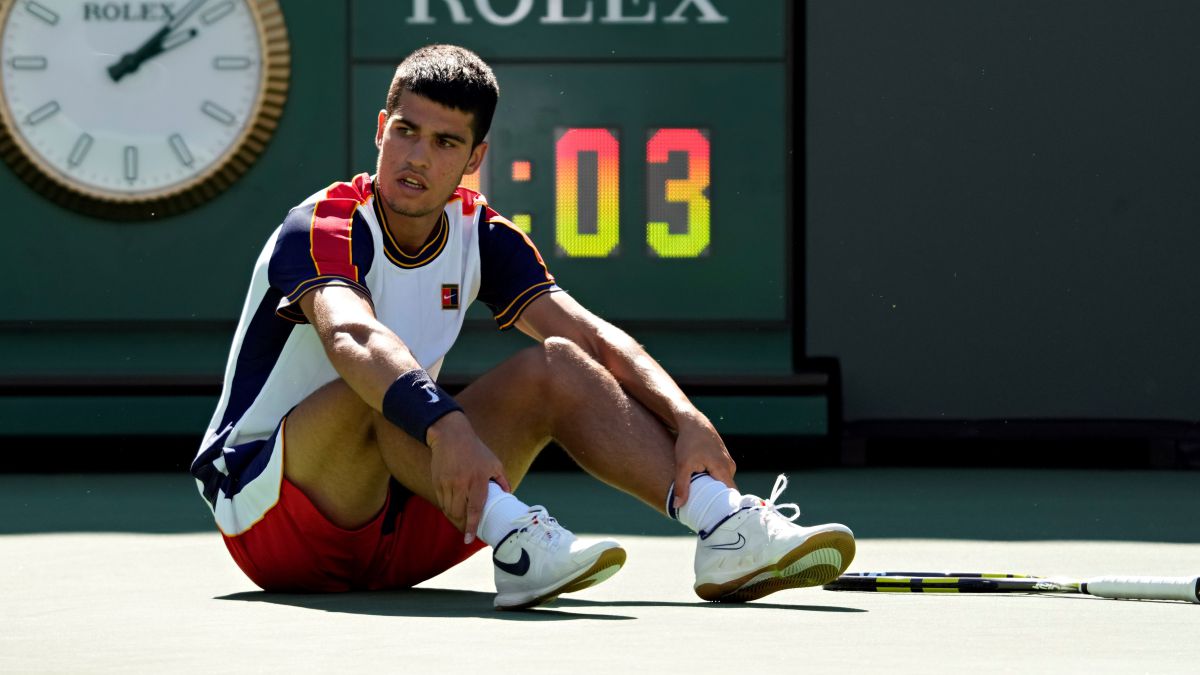 There was a time when the Big Three was the Big Four. In which Andy Murray ate (almost) at the same table as Federer, Nadal and Djokovic. A fantastic player, number one in 2016, champion of the US Open in 2012 and Wimbledon in 2013 and 2016. That tennis player, who fights bravely to continue fighting in tournaments with a prosthesis after two hip operations, He defeated Carlos Alcaraz today in his debut at the Indian Wells Masters 1,000 5-7, 6-3 and 6-2 in 3:04.

The 18-year-old boy from El Palmar reappeared after his spectacular US Open in which he knocked down Tsitsipas and had to retire in the quarterfinals due to injury. Direct in the second round. As seed number 30 (it is 38th in the world) He enjoyed a first-round exemption that Murray did have to contest, defeating Mannarino. And Alcaraz started stunned …

Murray, who is now 121st at 34, went 3-0 and had four balls to make it 4-0 … But then Alcaraz woke up. He put the ‘ON’, it was clear that he had to move a less physical player from one side to the other, he took an excellent backhand for a walk, he combined the bottom of the court with the volleys, He made two breaks and after an hour and five minutes he made it 7-5 and clenched his fist for the umpteenth time with fury.

But Murray is pure pride and doggy. Alcaraz missed four break balls in the second set and after a very tough game of 11 minutes, the Scotsman managed a break (4-3) that helped him to equalize the game. The Spanish started hurting the third and lost his service, then with inexperience let out another four break balls and that’s where the game disappeared … The former number one taught a lesson to another who will aspire to be. Everything adds up, even with defeat.