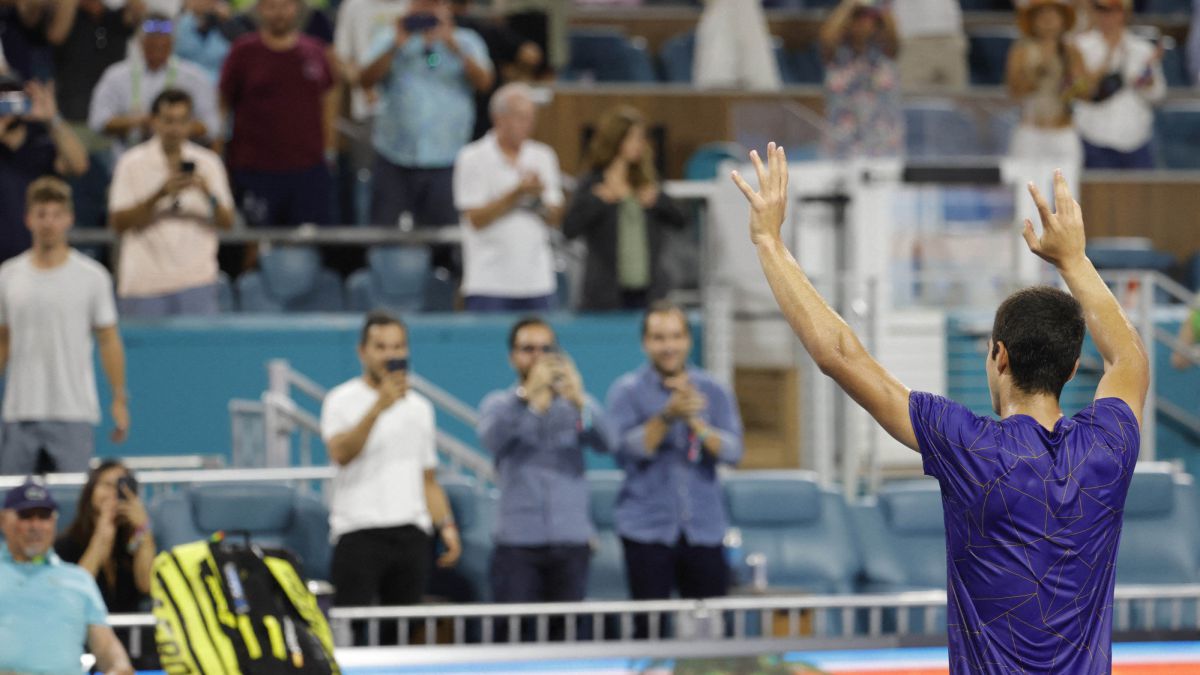 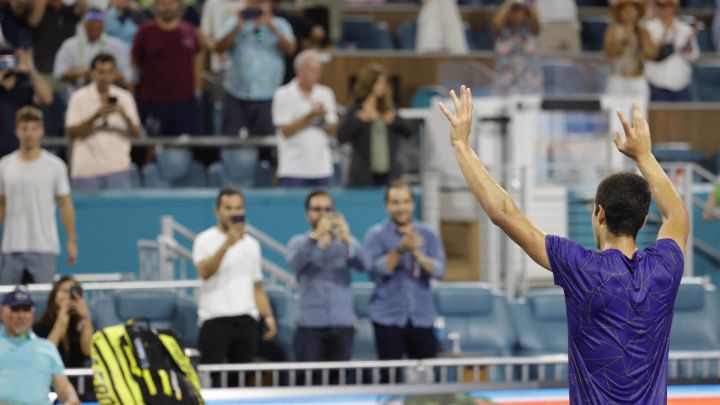 Speaking for the ATP television production after his magnificent victory against Miomir Kecmanovic in the Miami Open quarterfinals, Carlos Alcaraz He passed through the mixed zone of the Hard Rock Stadium and offered his impressions of the game and the public that supported him unconditionally.

Comeback: “Miomir was playing amazing, so I had to raise my level a lot, have the right attitude to win. And I hit a big blow at 5-3 in the third set. It was a very close match and the energy of the crowd pushed me. They were splendid and I appreciate it because that’s how I was able to win.”

Dropped: “During much of the game I tried to hit the ball very hard to send Kecmanovic behind the line and dropshots are good for me. I have a lot of confidence in that aspect of my game. In tough moments you have to hit the best punches you have. I think it’s a good weapon for me.”

Goosebumps: “Yes, of course. I think the atmosphere I had in this game was amazing. I think the best atmosphere I’ve ever had on these courts, for sure. I enjoyed the game, even though it was very close and difficult. Pretty good too.”

Public: “It’s like I’m playing in Spain. It’s unbelievable. The energy they push me with is crazy. I think without them I wouldn’t have been able to get into the semi-final.”

Autographs and gifts (After the game, Alcaraz spent a lot of time signing autographs, taking photos and giving a bracelet to a child): “I think that off the track it is also very important how you behave. I am a close person, friendly too. It is incredible that people want an autograph from me. I am young, and as I said, a kind person, so I do what they want” .