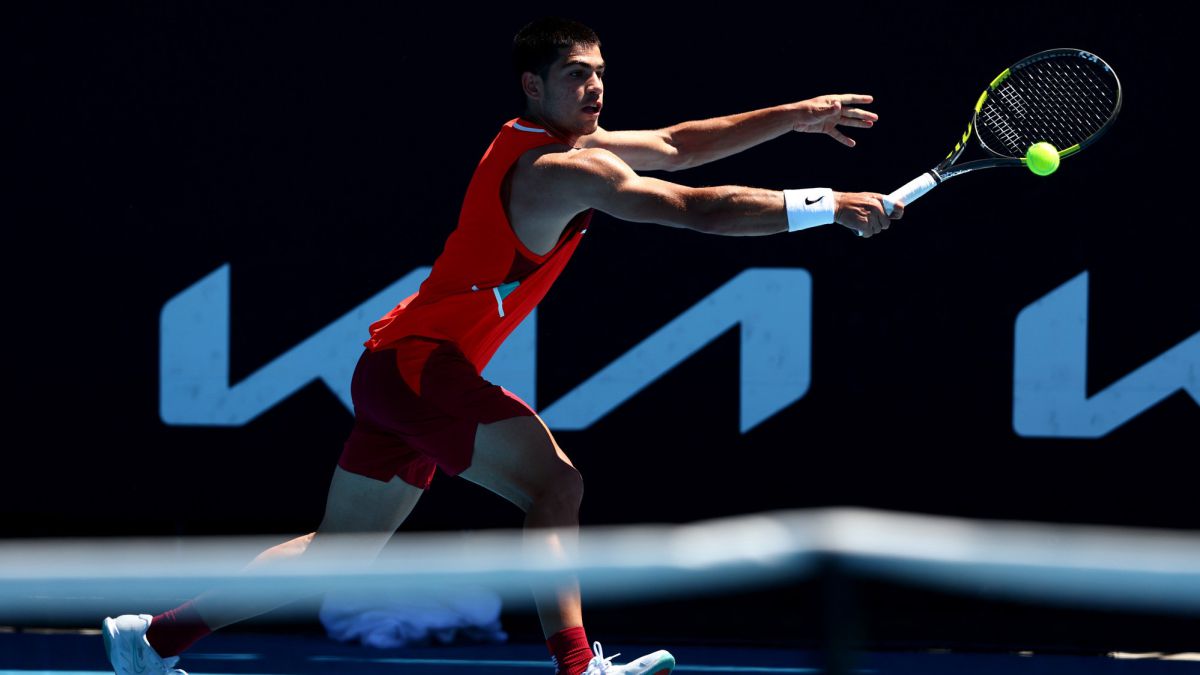 Carlos Alcaraz will debut in the Spanish early hours of this Monday (01:00, Eurosport) his condition as seeded (31st) in a Grand Slam when measured at the start of the Australian Open at Alejandro Tabilo, Chilean, 24 years old and 136th of the world who achieved his classification for the main draw in the previous one.

Spanish fans will know him because he faced and lost against Pablo Carreño in the Spain-Chile tie from the group stage of the recent ATP Cup. Alcaraz, who delayed his arrival in Australia to prepare thoroughly in Villena, with Juan Carlos Ferrero, for the tournament and the season, he trained these days in Melbourne with two top like Rublev and Zverev, and hopes to improve on his result from 2021, when he beat Van de Zandschulp in the first round before losing to Mikael Ymer in the second.

In the way of Carlos, if he advances, by ranking there would be Fucsovics in the second round, Berrettini, whom he beat last year, in the third, Norrie or Carreño in the round of 16, Garín in the quarterfinals and Zverev or Nadal in the semifinals before a final, which would be incredible for him, against Medvedev.

First day with many Spaniards

The other Spaniards who debut on the first day in the men’s box, aside from Nadal and Alcaraz, are Pedro Martínez, who will meet the Argentine Delbonis (01:00); Pablo Carreño, who will face the Argentine from the previous Echeverry (around 4:00); Carlos Taberner, who will face the German Koepfer (about 4:30); Jaume Munar, who will run into the Russian Karatsev, recently proclaimed champion in Sydney (8:30); and Feliciano López, who will start his 79th consecutive Slam (absolute record) against the Australian Millman (9:00). In the women’s draw, Sara Sorribes, seeded number 32, against the Belgian Flipkens (2:30); Cristina Bucsa, debutant in the tournament, against another Belgian, Van Uytvanck (3:99); Nuria Párrizas, who will try to surprise the Tunisian Jabeur, who withdrew from the Sydney tournament just a few days ago (not before 5:00) and Paula Badosa, brand new winner in the same competition, who will perform against the Australian Tomljanovic, whom she already won there this week.

Results of the men’s draw of the Australian Open.