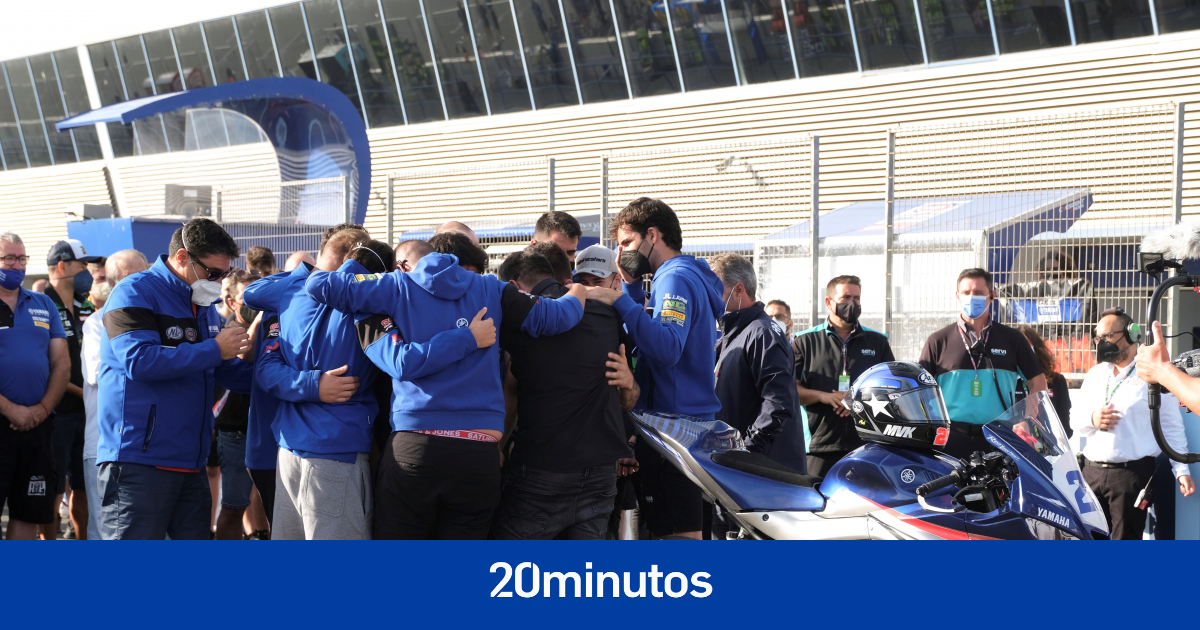 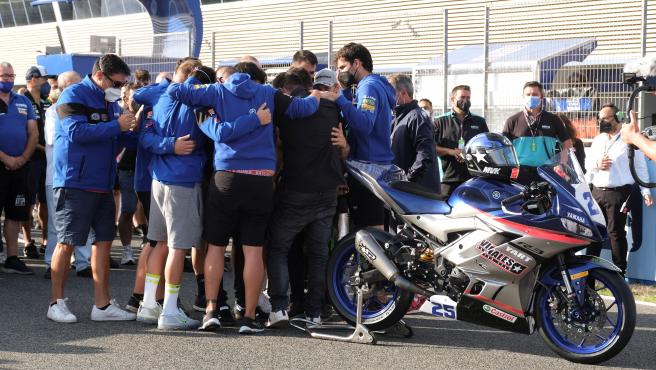 Motorcycling has a 2021 to forget in which a key maxim has been confirmed, a phrase that is usually included in the tickets and passes of any race, both two and four wheels: motorsports are very dangerous. The death of the young man Dean Berta Viñales, only 15 years old, at the Jerez circuit during Saturday’s SuperSport 300 race was the latest example.

The loss of the cousin of Maverick Viñales, which was broken with pain, has brought back to the present a debate that has already been on the table for a long time: are motorcycle riders risking too much? Too young to ride machines that reach over 200 km / h?

Jason dupasquier (19 years), Hugo Millán (14 years old) and Dean Berta (15 years old) have lost their lives in first level races in just four months, and not everyone is willing to keep this happening. For this reason, there are more veteran pilots who have decided to step up and not resign themselves.

It is the case of Michel Fabrizio. The veteran Italian rider, who participated in the Superbike World Championship between 2006 and 2015, returned this year to the SuperSport 300 category (this year’s silver category) this year to face riders twice his age. To their 37 years He had nothing else to prove other than that he could still be fast.

However, the championship has not finished. Berta’s death has made him abandon not just the category, but motorcycling. He announced his retirement from professional competition with a harsh statement in which, in addition, he analyzed what happened and gave names and surnames to the causes of these accidents of such young pilots: the aggressive style of Marc Márquez.

This is his full statement:

“Tomorrow I refuse to race out of respect for human life. And I retire. It is time to say enough. Today I witnessed a bad day, the loss of a pilot of only 15 years. I have seen many races like this in this category, and every time he finished one, he would breathe a sigh of relief because it had turned out well, but unfortunately it doesn’t always go well and today the unpredictable happened or maybe what was known could happen.

I have been lying in my hotel bed for more than 5 hours looking at the ceiling, rethinking the beautiful moments that this sport has given me. But coming back after 6 years, I have seen this world changed.

I see one indifference on the part of the International Federation: deploying 42 children in the Yamaha Cup (luckily, everything went well in 2021) and another 42 in the SuperSport 300 World Championship. Too many, too many riders with little or even too little experience, and this not only happens in the World Championship, but also in national championships, where to make box anything goes, down to the last available position.

Valentino rossi Years ago, when Marquez entered MotoGP, he was criticized, saying he complained about Marquez’s “wrong” maneuvers. You have to agree. Marc has become a point of reference: these young people emulate his exploits, spending too much time, leaning on his opponent and risking every inch.

I add that I am withdrawing from the racing world to send a strong message of protest. So that the rules change for the safeguarding of human lives.

The problem is in Moto3, the Talent Cup and the national championships. In addition to that, we must also review the tracks that should predict better escape points. We have seen the accident of Valentino who risked death due to a poorly made track. We have seen the Red bull ring, where the pilots fall and they stay thrown in the path. This all depends on the FIM which does not play a safeguard role towards life, but simply prefers the business.

It is time for the politics of each country to intervene. The first to send a strong message was Ayrton senna, who said that some circuits were dangerous, and only after his death did he intervene. Currently in the Formula 1 there are fewer deaths, but in motorcycling lately there is a hecatomb. “