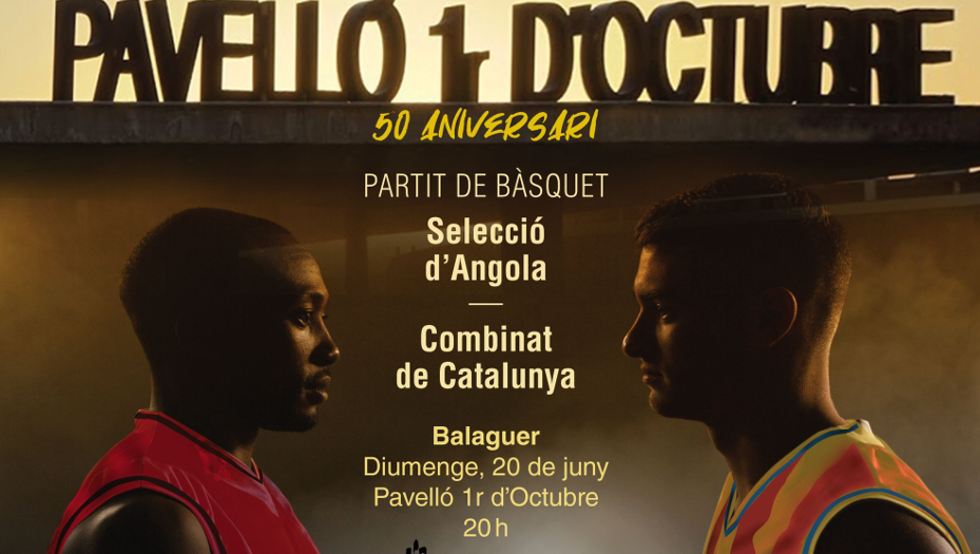 The city of Balaguer (Lleida) will host this Sunday from 8:00 p.m. the match between a Catalan team and the Angolan national team. It will be played in the pavilion 1st of October with a capacity limited by the restrictions to 500 spectators. Tickets to attend have been put now on sale at the price of five euros.

The party is part of the events that celebrate Balaguer being the Ciutat del Bàsquet Català in the 20-21 season. The Catalan team, led by the coach Save Maldonado, deputy director of the federation team area, will be made up of Pep Busquets, Sergi Costa, Dídac Cuevas, David Font, Àlex Barrera, Robert Cosialls, Marc Martí, Carlos Gasque, José Ignacio Nogués and Ramon Vila.

In order to Angola It will be a shooting match with a view to their participation in the Kaunas Pre-Olympic at the end of the month. The team is led by the Catalan coach Pep
Clarós and is made up of Eric Amandio, Gildo Santos, Selton Rifen, Glofate Biumba, Jonatao Jungo, Alexander Joao, Eduardo Mingas, Jilson Bango, Malick Cisse, Teo Do, Abu Gaku and Yanick Moreira.