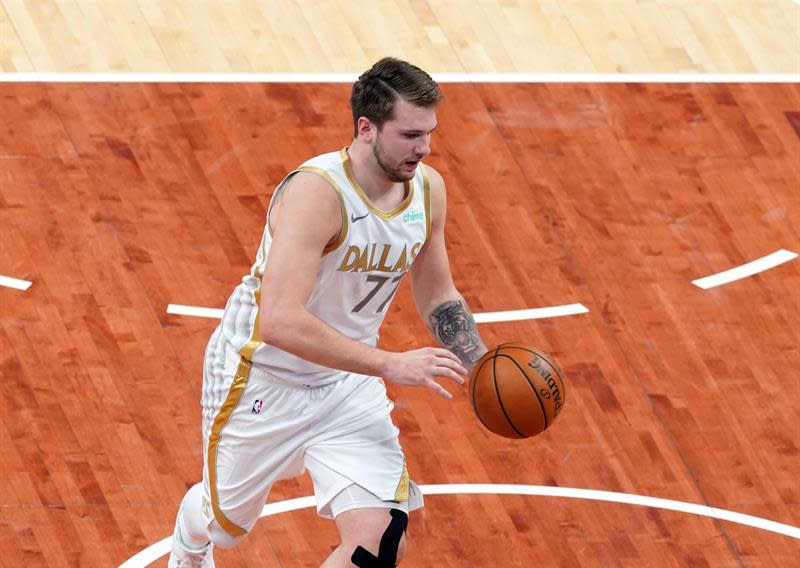 Cleveland (USA), May 9 (EFE) .- Slovenian point guard Luka Doncic was once again the protagonist of another illegal action that this time cost him an automatic expulsion, but his Dallas Mavericks team found a way to get the 97-124 away win against the Cleveland Cavaliers.

Forward Tim Hardaway Jr. scored 25 points and shooting guard-forward Josh Richardson had another 20, allowing the Mavericks to consolidate fifth place in the Western Conference with a 40-28 record for the fourth consecutive win.

Doncic was fouled a flagrant two, an automatic ejection, just 1:55 in the second half for hitting Cavaliers point guard Collin Sexton with “an aggressive blow to the groin area,” according to head referee David Guthrie. It happened while battling for position under Cleveland’s basket.

“I knew I had hit him, but I didn’t know where until I saw the replay,” Doncic said. “It was nothing on purpose. That happens a lot in the game. It was just two players fighting for a rebound, I guess.”

Sexton, who initiated the original contact, said there were no hard feelings because it was “just a basketball play at the end of the day.”

Dallas extended its lead to a game over Portland in the battle for fifth place in the Western Conference. The Los Angeles Lakers entered the night two games behind the Mavericks in seventh place, making them the first seed in the entry tournament.

Doncic has 15 technical fouls this season, one less than a mandatory NBA game suspension, but he also reached 1,500 assists as a professional two days after scoring his 5,000 point in the NBA.

Sexton scored 24 points for the Cavaliers, who lost their 10th straight game, matching their longest streak of the season, and haven’t won since April 21 against the Chicago Bulls.