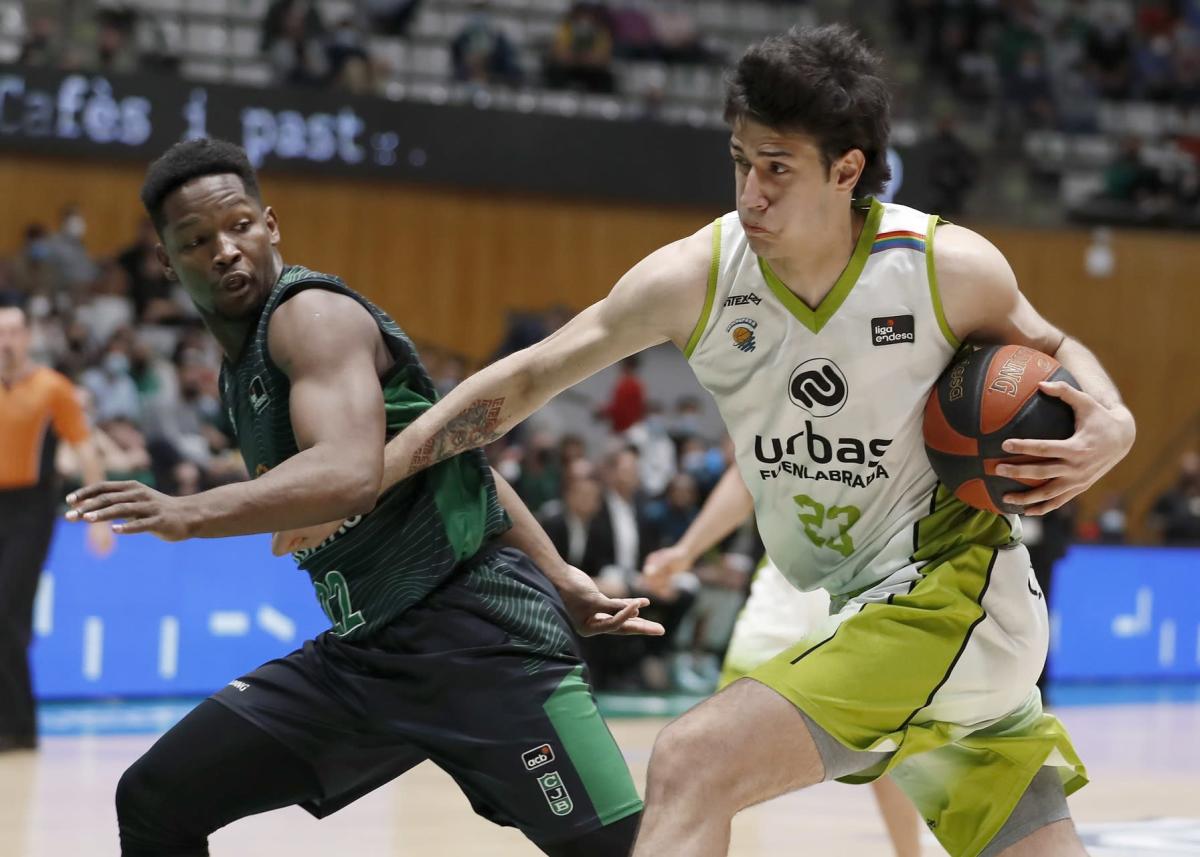 Badalona (Barcelona), Apr 16 (EFE).- Joventut Badalona broke a streak of two consecutive losses against Urbas Fuenlabrada with a win (92-75) that was based on his success in the triple (14 of 30), especially in a great second quarter in which he scored 35 points to put the victory on track.

Derek Willis, with 18 points, was the top scorer in a Penya in which eight of his players made a triple. The injury to the right ankle of Vladimir Brodziansky, who left the game in the second quarter, was the only bad news of the night.

The black-and-white began the match, once again, without intensity, which caused Urbas Fuenlabrada to see themselves up seven points (4-11, min. 4) with Cheatam scoring from three and Alexander overcoming Tomic’s defense.

Carles Duran immediately replaced all of his starting five with the exception of Derek Willis, who brought Penya closer to the scoreboard with his points (13-15, min. 8).

The people from Fuenlabrada resisted until the start of the second quarter (26-27, min. 12) with a triple by Ristic and two free throws by Eyenga, but eight consecutive points by Brandon Paul launched Joventut (33-27, min. 14).

The Fuenlabreños left the game against the best defense, both individually and in the zone, of the Verdinegros and only López’s triples prevented the difference at half-time from exceeding twenty points (56-40).

Josep Maria Raventós’s team recovered the good game of the first quarter after the break and, thanks to Emegano, reduced the difference to eight points (66-58, min. 28).

La Penya also replied from 6.75 and two triples by Busquets and Bassas, who reappeared after several months injured, brought calm to the local side of each to the last quarter (74-61).

Joel Parra and Guillem Vives stretched the difference to 20 points (85-65, min. 35) while Meindl took over, with little luck, from Emegano.

Joventut insisted on his defense until the end, which led him to achieve a maximum advantage of 25 points (92-67, min. 38) that Emegano, the game’s top scorer with 21 points, lowered to the final 92-75.

Incidents: match corresponding to matchday 29 of the Endesa League played at the Palau Olímpic in Badalona before 3,610 spectators.