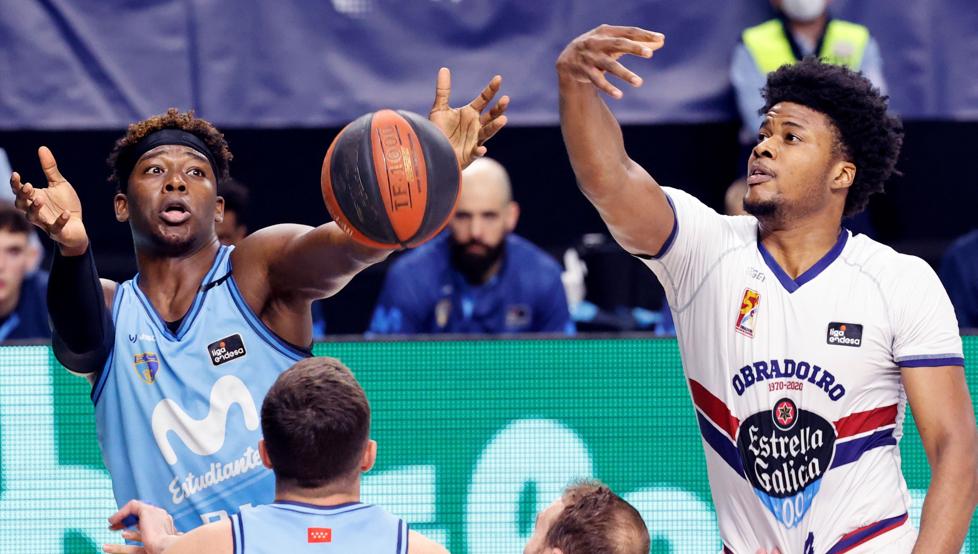 The Obradoiro has sealed its permanence with the 83-94 victory against a Movistar Students who has not been able to make profitable the great game of Aleksa Avramovic Y Angel Delgado.

With this victory they are also saved Urbas Fuenlabrada Y Coosur Betis, while the descent is limited to three teams, Students, Bilbao Y GBC.

Angel Delgado Y Kassius robertson they were the clear protagonists of the first half, especially in the first quarter. The collegiate center was the locals’ greatest threat with 10 points in the first act, while the Galician base scored 11 in the same period with three triples without failure.

Students started sending on the scoreboard, but the 7 triples of the Construction site, of 12 attempts, they allowed him to close the first act with 19-25 in his favor.

In the second quarter, Estudiantes could not shake off the weight of responsibility and little by little the Obradoiro was dominating the game, now with Mike daum as the most inspired scorer.

The improvement of Aleksa Avramovic and the points of slim They were not enough to reduce the difference, but above all at no time did Estudiantes give the feeling of having clear ideas, so the break was 37-44.

The schoolboys came out much better after the break and with slim Y Avramovic they managed to get ahead on the scoreboard, 48-47 (m.23.15) after an 11-3 run.

Robertson Y Albert oliver they returned to Construction site to blue numbers, 52-56 (m.25), but with a hyperactive Avramovic the scoreboard moved in narrower spreads.

With Avramovic capitalizing on all the collegiate attack, Obradoiro he continued to dominate the scoreboard thanks to his outside game, 71-76 (m.35).

The Galician team handled the situation better in a few minutes in which the responsibility and pressure for the locals were impossible to overcome, 76-84 (m.37).

Jose Juan Barea capitalized on the last offensive minutes, but Obradoiro he endured and sealed his stay with the 83-94 victory. Students sink a little more and also save Urbas Fuenlabrada Y Betis.

Incidents: match corresponding to matchday 36 of the Endesa League played behind closed doors at the Palacio de Deportes (WiZink Center) in Madrid. A minute of silence was observed as a tribute to Fernando Martínez Arroyo, an institution of the collegiate club who died this past Saturday.