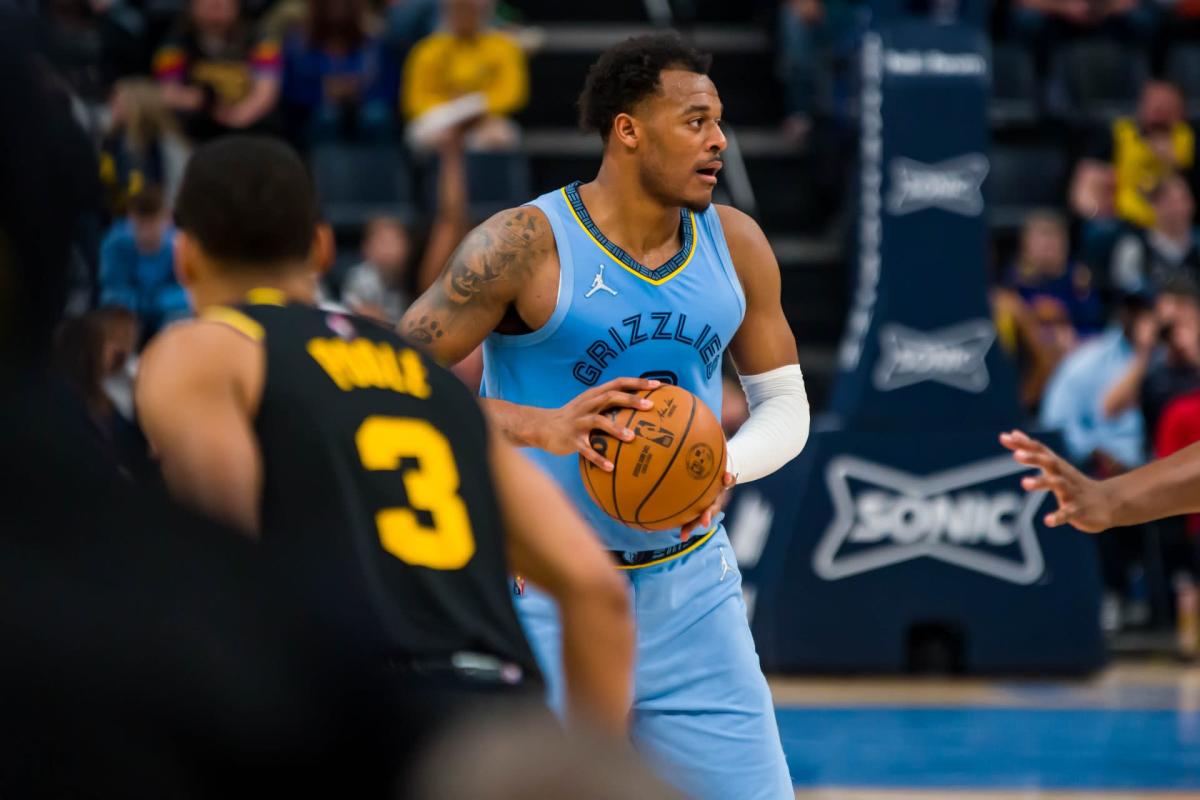 Sports Writing (USA), March 28 (EFE).- The Golden State Warriors melted this Monday during their visit to the memphis grizzlies (123-95), who won their fifth game in a row (nine wins in ten games) and who showed why they are now the best team in the West only behind the phoenix suns.

The Warriors, third in the West and far behind the Grizzlies, offered a very weak image in Memphis, sank in the second quarter (43-21) and lost 37 points in the last quarter.

An example of how complicated the night was for the Warriors was the expulsion of their coach, Steve Kerr, after arguing with the referees at halftime and when the two teams went to the locker rooms.

Those from San Francisco can allege that they attended this match with the absences of Stephen Curry (injury), Klay Thompson and Draymond Green (both by rest), but the Grizzlies also did not have their references Ja Morant and Jaren Jackson Jr. and, despite this, they gave the Warriors a good review.

Desmond Bane (22 points and +31 in the +/- rating differential), De’Anthony Melton and Dillon Brooks (21 points per head) led a much more physical and intense Grizzlies than their rivals (52 rebounds to 40 from the Warriors, 24 points on the fast break to 9 from their opponents).

jordan poole (25 points) was the top scorer for some Warriors in which the Mexican-American Juan Toscano-Anderson he played 13 minutes in which he contributed 2 points, 2 rebounds, an assist, a steal and a block.

The Warriors have only won one of their last seven games and, with this new defeat, they close a five-game road trip (1-4) before returning home to face the Phoenix Suns on Wednesday.

AVALANCHE IN THE SECOND QUARTER

Despite being two of the teams with the most and best offensive resources in the league, the Grizzlies and Warriors got tangled up in an inconspicuous start with many errors (10-9 with 6.33 left).

On Monday he had choked on both sets.

The Grizzlies woke up and picked up the pace in the second quarter with Kyle Anderson, Brandon Clark and Dillon Brooks shaking up the match (37-24 with 6.01 to play).

Meanwhile, the visitors continued to have enormous problems in attack, going three and a half minutes without scoring and conceding an alarming 16-0 run that threatened to take them out of the game before the break.

The result after the first half was eloquent, with a very painful 63-37 for the Warriors after a great second quarter by the Grizzlies (43-21) thanks to the 15 points in that quarter by Dillon Brooks.

To round off a disastrous first half (12 of 44 shooting, 4 of 17 on three-pointers), the Warriors also saw how their coach, Steve Kerr, was expelled for protesting to the referees.

Jordan Poole had scored 10 points in the first two quarters, but with 13 more points in the third quarter alone, he assumed the leadership role that the Warriors required tonight and led his team’s timid reaction after the break.

The Warriors’ offense began to pick up steam after the short circuit in the first half and they fell below a 20-point difference.

However, their defense was still not working, so the Grizzlies were guided by Desmond Bane (10 points in the third quarter) to further extend the lead before the fourth quarter (95-67).

With nothing to play for in that final quarter, the Warriors lowered their heads after a three-point shootout that took the Grizzlies to their biggest lead of the night (+37 with 8.52 to go).