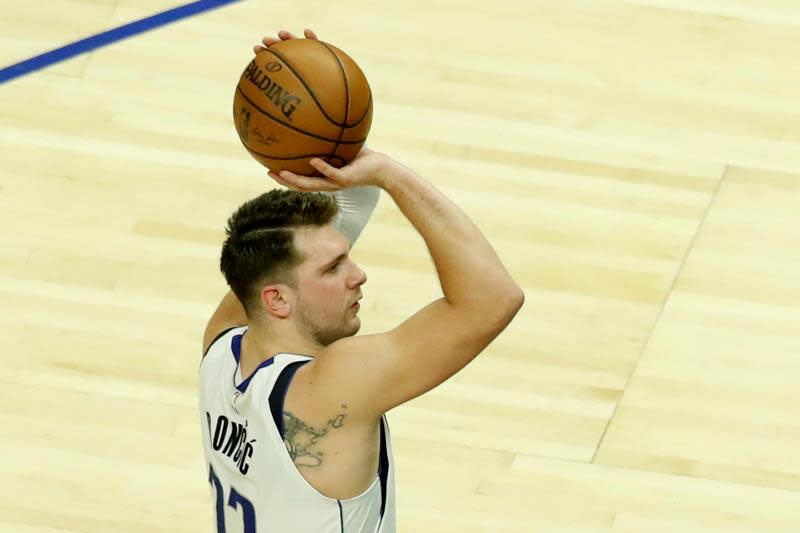 Los Angeles (USA), May 25 (EFE) .- An imperial Luka Doncic once again assaulted Los Angeles (USA) in a new exhibition by the Dallas Mavericks, who placed 0-2 in their series and that left the Los Angeles Clippers of Kawhi Leonard and Paul George (121-127) very touched.

Doncic, who already achieved a triple-double in Saturday’s victory away from home, had 39 points (16 of 29 shooting), 7 rebounds and 7 assists on this occasion.

Thus he was able to counteract the splendid performance of Leonard, whose 41 points (14 of 21 in shooting) in the end were of no use.

Doncic, who at only 22 years old continues to amaze in the NBA and chaining major shows night after night, was joined by Tim Hardaway Jr. (28 points with 6 of 8 on triples) and Kristaps Porzingis (20 points).

Those of Dallas were like an offensive gale full of alternatives (58% correct in field goals and 53% in triples) that the Clippers could not contain at any time.

On the part of the locals, who were fourth in the regular season and now have a future in the playoffs full of questions, Paul George was Leonard’s main companion with 28 points.

This series between the Clippers and the Mavericks comes with many pending accounts of the more recent past since in the “bubble” of Orlando (USA) the Angelenos prevailed 4-2 in Doncic’s first appearance in the qualifying rounds of the NBA.

Paul George got behind the wheel of his team at the start: he scored the Clippers’ first 6 points and gave an assist for a 3-pointer by Kawhi Leonard.

He was also Luka Doncic’s first defender, but the Slovenian responded to the challenge wonderfully: he hit a home-brand step-back triple and scored a great dunk to propel the Mavericks (13-20 in the middle of the opening quarter) .

The star of the Dallas team had as luxury companions Maxi Kleber and Tim Hardaway Jr., lethal in the outside shot and who contributed 12 and 10 points in the first quarter, respectively.

But in front of them Leonard rose, exceptional and hyperactive in the first quarter with 18 points and who with great solvency kept the Clippers standing (33-35).

The secondary ones of the Angelenos swam between chiaroscuro.

Reggie Jackson gave the Clippers offense some variety, but Ivica Zubac was vague throughout the night.

The one who did seem to have the sights well placed was Kristaps Porzingis, who with a plastic penetration and a front triple held his team above with a very fair advantage (51-53 with more than five minutes to play).

However, the Latvian later became an involuntary protagonist when George broke him with a spectacular feint that sent him to the ground.

It’s hard to overstate how far the defenses were from their highest level. The Mavericks had 67% 3-pointers in the first two quarters and the Clippers boasted 63% shooting from the field.

The third quarter started with Hardaway Jr. making a difference again, but something changed in the Clippers: they were still a flan in defense but in attack things were no longer so fluid.

Suddenly, the Angelenos had doubts out of their ears, with numerous errors especially in attack, and two free throws by an infallible Hardaway Jr. shaped the first important advantage of the Mavericks (83-94 with 3.20 left) .

As if that were not enough, Leonard’s weak third quarter (only 4 points) was joined by a new and fabulous offensive discharge from Doncic, for whom the Clippers found no antidote all evening (92-101).

In the last quarter, luck continued to smile on the Mavericks, who were even capable of getting a triple from Porzingis with carom included.

The Clippers reacted desperately with a providential 8-0 run from Marcus Morris’s two triples (109-114 with five minutes to go), but Doncic responded with two baskets squeezing his physical power against Patrick Beverley.

The team led by Tyronn Lue did not throw in the towel and got to 4 points with less than two minutes left, but Hardaway Jr.’s umpteenth triple, which was celebrated with much anger by Doncic, sent their illusions to the trash.

The series between Clippers and Mavericks now travels to Dallas, which will host Game 3 this Friday.