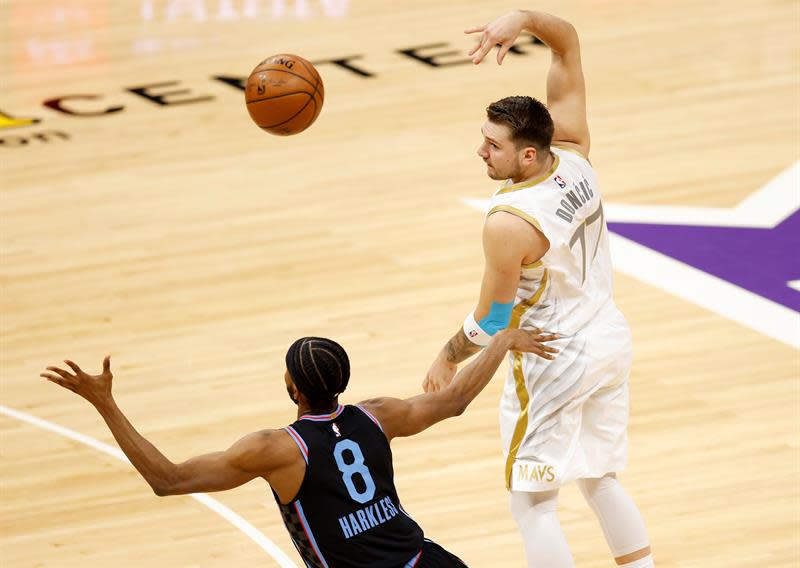 Dallas (USA), May 7 (EFE) .- Slovenian point guard Luka Doncic maintained his scoring inspiration by scoring 24 points with eight rebounds, in just 23 minutes, and the Dallas Mavericks beat the Cleveland 110-90 Cavaliers, who kept them fifth in the Western Conference.

With seven points in the first four minutes, the 22-year-old Doncic became the fourth-youngest player in NBA history to reach 5,000 points.

Forwards LeBron James, Kevin Durant and Carmelo Anthony were all 21 each when they hit the milestone.

Forward Tim Hardaway Jr. added 20 points as the Mavericks’ second leading scorer, who after going 4-2, were always in front of the scoreboard against the Cavaliers who lost the ninth consecutive game, their worst streak in what it’s in season.

Both teams will meet again on Sunday and the Mavericks will have another chance to consolidate in fifth place that will allow them to go directly to the playoffs.

The Cavaliers, already plagued with injuries, had to play without power forward Kevin Love, who was out of the game after hitting his knees with Turkish center Enes Kanter of Portland two nights earlier in a 141-105 loss to the Trail Blazers.

Point guard Collin Sexton scored 27 points that put them at the forefront of the Cavaliers’ attack.

Dallas guaranteed it would remain in fifth place in the West, one game ahead of the Los Angeles Lakers or Portland with five games remaining in the regular season to play, in addition to having already secured the Southeast Division title.

The Lakers and Trail Blazers, who started the night tied for sixth place, meet on the day in a decisive game for both.

The odd-numbered team among the three will be forced to enter the stage as the seventh seed.

The Mavericks as Southeast Division champions will give them fifth place in a three-way tie with the Lakers and Blazers.

While Mavericks coach Rick Carlisle edged out Cotton Fitzsimmons for 15th on the all-time list for victory number 833.