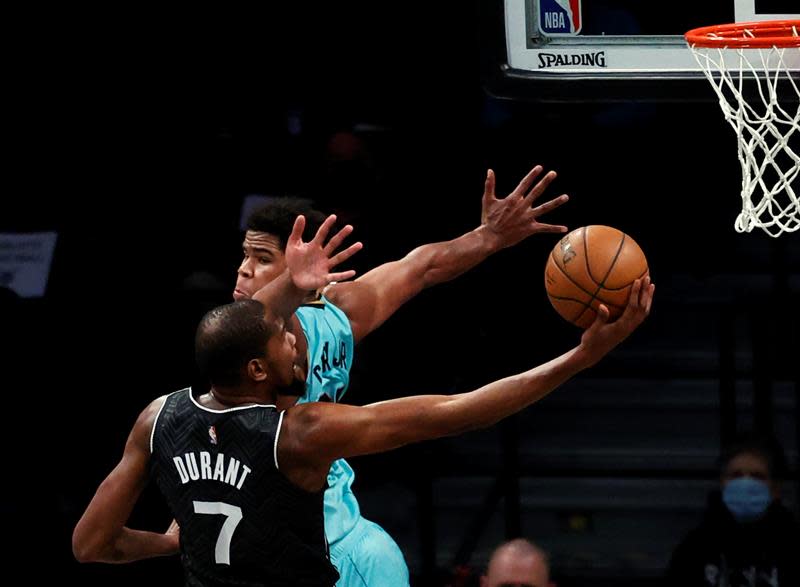 Chicago (USA), May 11 (EFE) .- Star forward Kevin Durant contributed 21 points and eight assists, and the Brooklyn Nets beat the Chicago Bulls 107-115 on the road, who had the support of guard All -Star Zach LaVine with 41 points.

Forward Joe Harris added 17 points and shooting guard-forward Bruce Brown finished with a double-double of 15 points and 10 rebounds that helped the Nets to their second straight win after losing four straight games.

Brooklyn, which lost point guard Kyrie Irving to an apparent facial injury early in the second half, led 74-93 early in the final period and sat in its starters for most of the period.

Durant and power forward Jeff Green each had baskets in the final minutes and kept the Bulls from recovering.

Green added 14 points and power forward Nicolas Claxton had a double-double of 10 points and 10 rebounds.

Chicago, desperately in need of a win, helped its own undoing by staying under 40% on field goals until the final minutes.

The point guard Coby White finished with 16 points and the Montenegrin center Nikola Vucevic achieved a double-double of 12 points and 12 rebounds that did not prevent defeat.

The Bulls fell three games behind Washington, who rested, for last place in the Eastern Conference play-in tournament and will need to win their last three and wait for help from the Wizards or Indiana to secure a spot.

Brooklyn, meanwhile, remains ahead of Milwaukee in the race for second place in the Eastern Conference playoffs.